The main match sponsor for Tuesday’s game against Chorley FC was The Commissioner’s Quay Inn who sponsor Croft Park’s North Stand. Manager Dan Evans was joined by staff from the “Quay” and enjoyed a rain swept 2-0 victory with goals from Nathan Buddle and Dan Maguire. 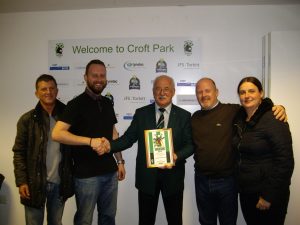 Another special guest of the club at the match was Dave Grey of Kimmerston Design. Dave designed the Spartans Crest for the Club and also produces the Sponsor Certificates presented to all sponsors after each game. 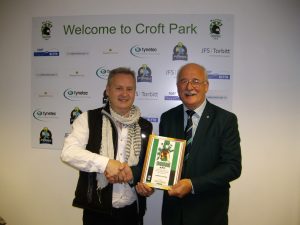