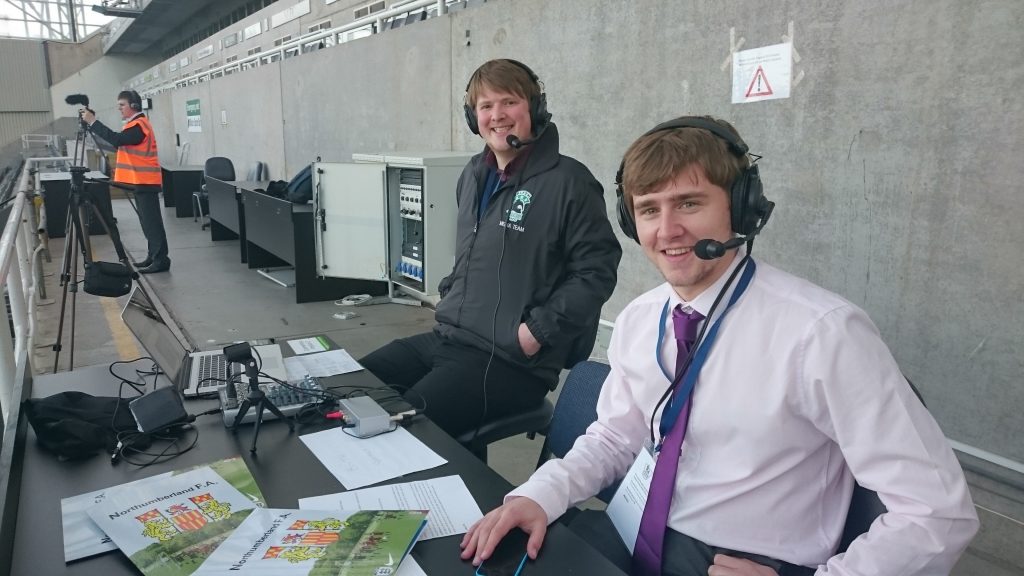 Much like Matt Rigg’s departure to Premier League side West Ham United earlier this summer, Ryan – pictured above in a Blyth Spartans hoodie – is moving on to take up a paid role with the National Conference League side. He also has the added draw that his partner has got a new job down south as well.

Spartans Media Team manager Phil Castiaux is sad to see the Radio Blyth Live commentator go, but he has also praised the quality of Ryan’s work during his time at Croft Park.

He said: “It’s a shame we’re losing Ryan, but the offers were too good for his partner and himself to refuse and we understand that completely.

“Ryan’s commentaries on Radio Northumberland – and now Radio Blyth Live – have been of the highest quality and he has always been ready to help out with whatever needed doing, in terms of the club’s media profile.

“I’m sure all of the radio listeners and the fans at Croft Park wish him well.”

Spartans exiles need not worry about the future of Radio Blyth Live, however, as Craig Dobson will be taking over Ryan’s commentary role with immediate effect.