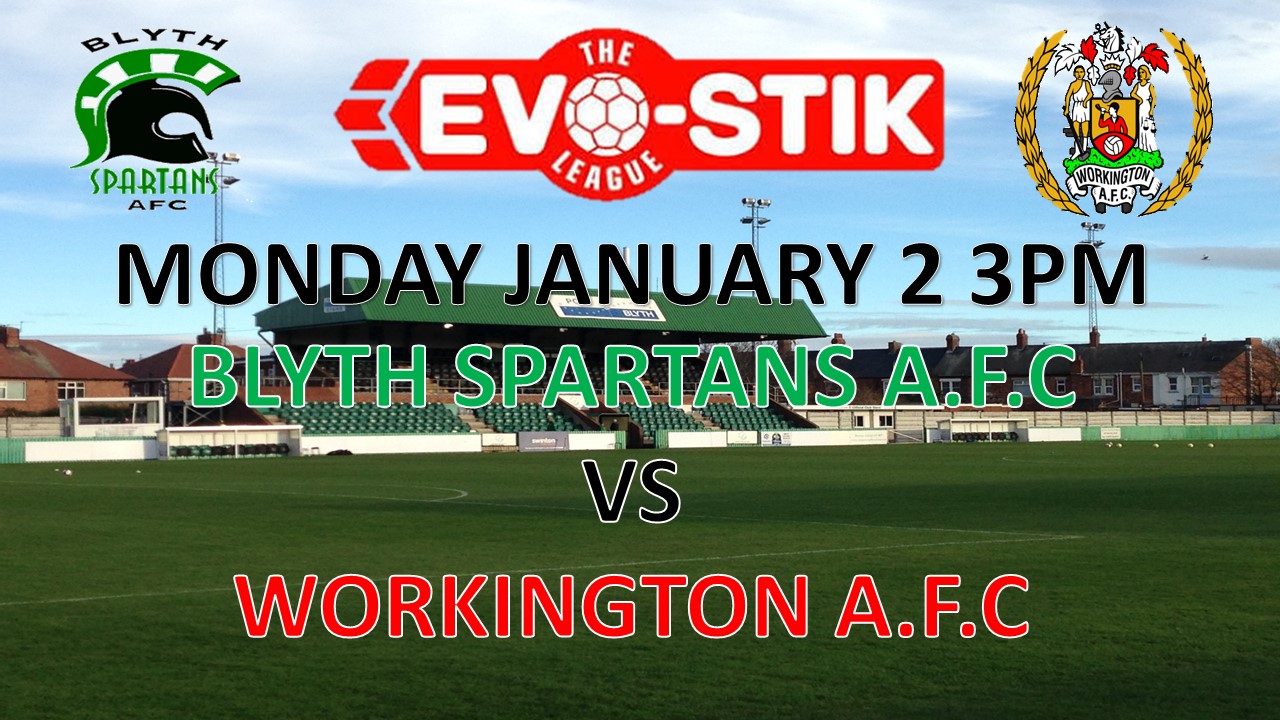 TEAM NEWS
Blyth host Workington on Monday in their first game of 2017 and Spartans will be looking to get back to winning ways – following the defeat to Whitby Town on Boxing Day. Blyth won the corresponding fixture 2-0 back in August, with goals coming from Sean Reid and Matty Pattison.

Spartans went down 2-1 on Boxing Day, with the goal coming from Luke Armstrong after a strong run. Blyth could have claimed a share of the points , but a penalty from Matty Pattison was well saved.

Meanwhile, The Reds celebrated a 3-1 victory over Nantwich Town with their goals coming from Jacob Simpson, David Symington and Robert Wilson.

The Spartans will be looking to arrest a recent slump of form, with only one victory coming from their previous five games in all competitions and. Consequently, they have slipped down to fifth in the table.

Workington currently sit three places and two points below Blyth, So this is sure to be a fiercely competitive and entertaining start to the new year.

Blyth may continue with the same starting XI that has started their last two games against Barwell and Whitby.

IN THE AWAY DUGOUT
Derek Townsley – A former pro, who plied his trade in the Scottish leagues with Motherwell, Hibernian, Gretna and Queeen of the South. This is his first managerial position and he was appointed in June 2015.

DANGER MAN
Scott Allison – The striker has banged in 13 goals this season, but has only found the target once in his last five games.