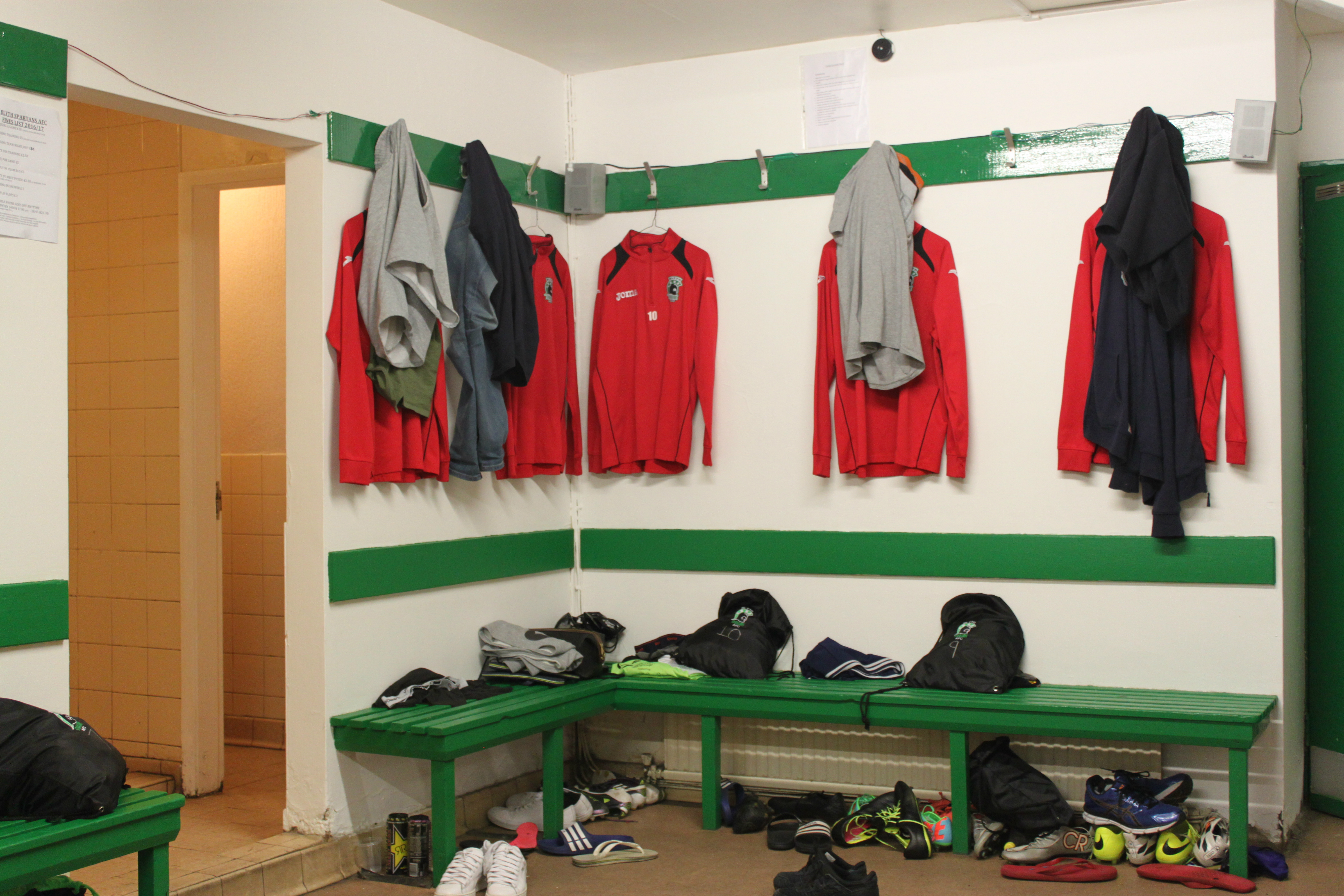 Robert Wilson had put the visitors ahead against a lacklustre Spartans side, but Maguire tapped in Ryan Hutchinson’s header just after the break to put Blyth back on level terms. The striker then ended a sublime attacking move to put the hosts ahead on 56 minutes, before Scott Allison’s 78th minute header restored parity once more.

Workington’s late show didn’t last long though – as Maguire struck with a header of his own just two minutes later to see Spartans return to winning ways after their Boxing Day blues.

On the back of the defeat to fellow promotion chasers Whitby Town, Blyth made two midfield changes to the starting line-up for the visit of Workington – as Damen Mullen took the place of Sean Reid in the middle, while winger Matty Pattison made way for Jarrett Rivers.

However, the new year nearly started in the worst possible way when Allison – who had been at his troublesome best in Workington’s playoff semi-final victory on this ground at the end of last season – beat Hutchinson with a questionable high foot in the air after just 24 seconds. Having done all of the hard work racing into the box, the striker could only trickle a shot wide when he really should have scored.

That acted as a wake up call for the home side and they might have been ahead themselves just a minute later.

Stephen Turnbull whipped in a free-kick from the left destined for the head of Richard Pell. With “Pelly” set to power in a header at the back post, he was beaten to the ball by the head of Anthony Wright and the clearance only just cleared the crossbar for a corner.

If that was nearly a late Christmas present from the visitors, then Aaran Taylor looked to be feeling just as generous on five minutes – after good link-up play from Robert Dale and Maguire allowed the former a strike at goal. From what looked to be a routine stop for Taylor, he fumbled the ball and rushed to pounce on the rebound under pressure from Luke Armstrong.

With 15 minutes gone, Maguire profited from a defensive mix-up in the area to cut the ball back from the byline. With Armstrong ready to pull the trigger just eight yards from goal, the youngster was denied by an outstanding last-ditch tackle from left winger Conor Tinnion.

Spartans continued to dominate the early stages and could easily have opened the scoring on 19 minutes, when Jarrett Rivers’ cross from the right caused chaos. Hutchinson’s effort at the front post was blocked only as far as Dale, who tried to place the follow up through a crowd of bodies but couldn’t find a way past Taylor.

A foul from Turnbull – for which he received a yellow card – allowed Workington their first chance in a good while on 27 minutes, but David Symington’s free-kick went comfortably into the body of Paul Woolston.

James Earl caused the Spartans’ stopper more trouble than his team-mate on the half-hour mark, when he shot well from the edge of the area and Woolston had to be at his acrobatic best to tip the ball over the bar.

Workington’s number eight then went even closer just a minute later, when his fierce shot cannoned back off the stanchion of post and crossbar. The ball made its way out to Tinnion, but his rebound attempt was gratefully stopped on the line by the foot of Pell.

It was only a matter of time for the Reds – playing in their away kit of two-tone blue stripes at Croft Park – and the Blyth goal was finally breached on 35 minutes, when the away side got in from Hutchinson’s poor pass.

Allison advanced into the box once more and saw his initial shot blocked by David Atkinson, before the ball fell at the feet of Tinnion. The winger opted against shooting and fed Robert Wilson, who finished well inside the post to see Workington go into the break with a one-goal lead.

Alun Armstrong had watched his side sitting in the Port of Blyth Stand in the first 45, but he was pitch-side to see his son test the Workington defence within one minute of the restart. Armstrong junior turned his man after a flick-on from Rivers, but – despite Taylor being caught out of position – the goalkeeper was able to get down well to stop his shot.

The Blyth boss had clearly not been happy with his side’s first half performance, but he was on his feet in celebration just seven minutes into the second half – as Spartans scored an equaliser from a Turnbull free-kick on the right.

The set-piece was headed back across goal by Pell towards his defensive partner Hutchinson, who headed the ball down towards the bottom corner – only for Maguire to make sure by tapping the ball in with his toe.

While there was questions on who should be awarded Blyth’s leveller, there was no doubt in Maguire claiming the second when it came just four minutes later.

Dale’s fantastic ball through to Rivers was matched only by the winger’s fantastic piece of trickery – as he was able to lift the ball majestically over Workington captain Gari Rowntree and run past him. Rivers then simply cut the ball back to Maguire for a simple tap-in.

Workington were on the ropes after two hammer blows by Blyth, but they weren’t going to go down fighting and tried for an instant response within a minute of going behind. Earl opted to strike one from distance, but Woolston showed safe hands with the save.

The on-loan Newcastle United keeper’s opposite number was then called into action twice either side of the hour mark, when he was forced to keep out low shots from both Maguire and Armstrong.

Those saves proved invaluable for Workington – as they restored parity on 67 minutes. A ball in from the left was flicked on by the head of Tinnion and Allison was able to nod it in at the back post.

With 17 minutes to go, Tinnion was picked out in the area and was winding up to pull the trigger with the ball at his feet. Taking just too long to get his shot away, Mullen was able to get an important block in.

That was to be the Blyth midfielder’s last contribution to the game – as he made way for Matty Pattison in a double change that also saw Reid replace Armstrong in the 74th minute.

Rivers had provided Maguire for Blyth’s second and nearly did so again, when he lifted a cross over to the striker at the back post. Maguire beat Jake Simpson to the header, but his effort went just wide with Taylor static in the middle of his goal.

While “Nipa” was unable to head in from one winger, he was a lot more successful when Dale played a pinpoint ball into the area with 10 minutes left. Maguire jumped up and got in ahead of a diving Reid to head the ball past Taylor and secure a much-needed win for Spartans.

That win sees Blyth climb back up to fourth in the Evo-Stik Premier League and they now have a few days to enjoy their latest win, before they make the trip to 16th-placed Coalville Town on Saturday.