There was another full house in the sponsors room for Saturday’s home game against a rapidly improving FC United of Manchester team. Along with the sponsors attending the game were two Spartan heros celebrating the fourtieth anniversary of the famous 1977-78 Fifth Round FA Cup run. Rob Carney and John Waterson. 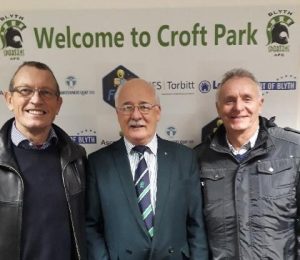 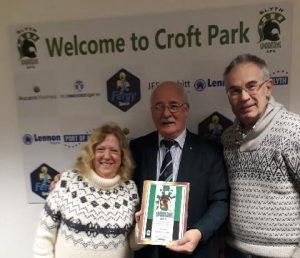 Fergusons Transport and Storage were one of four groups all sponsoring the match.  Bill Wilson was celebrating his 86th Birthday with his son William. The Three Amigos were having a great time as was Danny Haggerty 70 Not Out.

The match ended in a 1-1 draw after Spartans took the lead. A bumper crowd of just under a 1000 saw a battling last 15 minutes but Blyth could not find a winner. 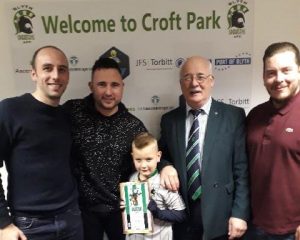 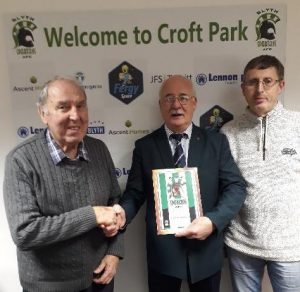 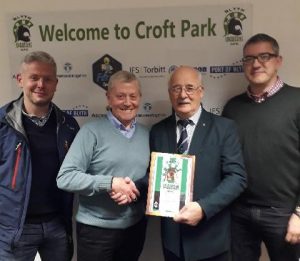