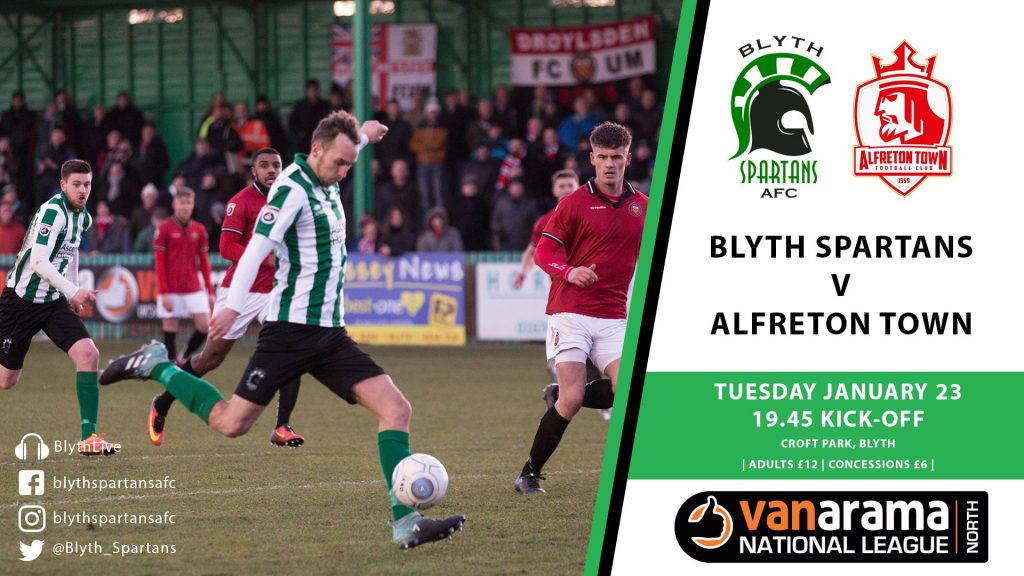 Blyth will look to get a valuable three points on Tuesday evening as they face an Alfreton side languishing in the bottom half of the table.

On Saturday, Blyth were unlucky to not claim all three points against FC United on Manchester. After a goalless first half, Sean Reid fired home after a sumptuous pass from Robbie Dale. However, the visitors equalised when Tom Greaves tapped home following a great strike from Craig Lindfield that had cannoned off the post and bar.

Alfreton recorded their first home win since September as they demolished Leamington 4-1. Brendon Daniels put Alfreton ahead from the penalty spot before Ceiron Keane lobbed the ‘keeper from halfway. Ryan Jennings then added a third before Keane added a fourth. Liam Canavan did grab a consolation for the Brakes as he also netted from the spot.

A victory for the Spartans could lift them into 4th place in the table.

Chris Moyses – Appointed as manager on January 16th, Moyses was previously in charge of Lincoln City where he took over the reins in November 2014 before leaving at the end of the 2015-16 season. As a player, Moyses played in the football league for Halifax Town and Lincoln City.

Craig Westcarr – The 31 year old striker has experience in the football league with a host of clubs including Chesterfield, Portsmouth and Walsall. Last season, he scored 22 goals in all competitions as he led the scoring charts and is the currently topping the charts with 11 goals this season.