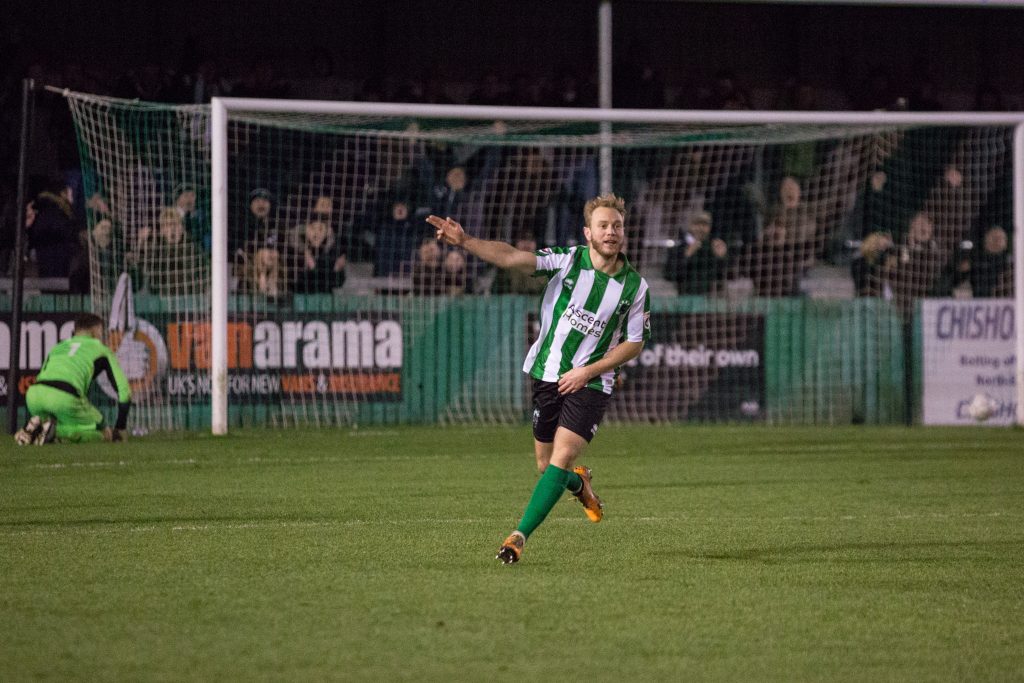 Blyth Spartans can now announce the departure of Ian Watson who has taken on the assistant manager role at National League side Gateshead.

The popular left-back has been a vital part of the dressing room and coaching staff at Spartans since returning in the summer of 2017, and will be a big miss.

‘Busted’ has made 90 appearances for Blyth Spartans in his two spells with the club, scoring on two occasions including a thunderbolt winner in the FA Trophy last season.

“It’s too good of an opportunity to turn down for him,” said Spartans manager Alun Armstrong, “but he’ll be a miss as he’s a great character on and off the pitch.”

“He’s the most professional part-time footballer you are ever likely to see.”

The 33-year-old has made 10 appearances this season. We’d like to wish Ian all the best in his future role at Gateshead.