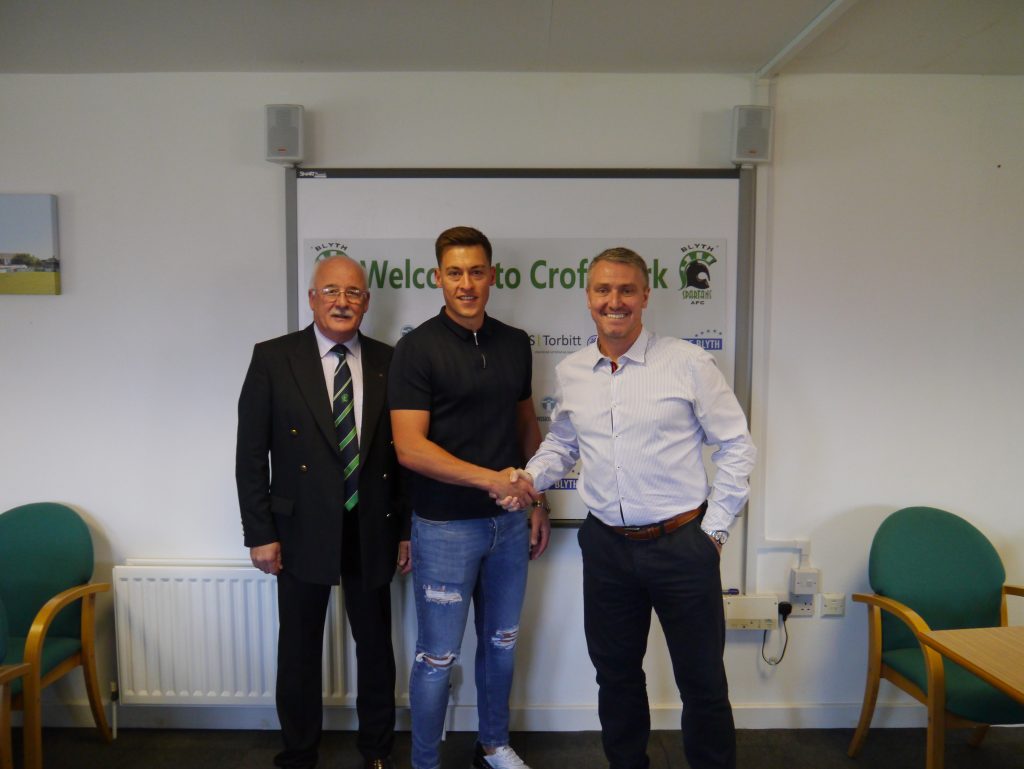 Blyth Spartans are delighted to announce the signature of striker Scott Fenwick who joins after two season’s at National League South side Chelmsford City.

Fenwick, 29, has a wealth of experience at this, and higher levels having played for Hartlepool United in League Two.

Scott spent time within the Newcastle, Sunderland and Middlesbrough academies before joining Gretna in 2009. Soon after he joined Newcastle Benfield when he made his only appearance at Croft Park to date in a Northumberland Senior Cup tie.

A move to Durham City saw Fenwick netting 51 goals in 73 appearances before a switch to Dunston UTS – scoring 13 goals in all competitions.

Spells with York City and Darlington followed before he travelled abroad to play for Naxxar Lions.

A return to England saw Fenwick join full-time outfit Chelmsford, scoring 19 goals in 47 appearances – reaching the ends of season play-offs in both seasons. 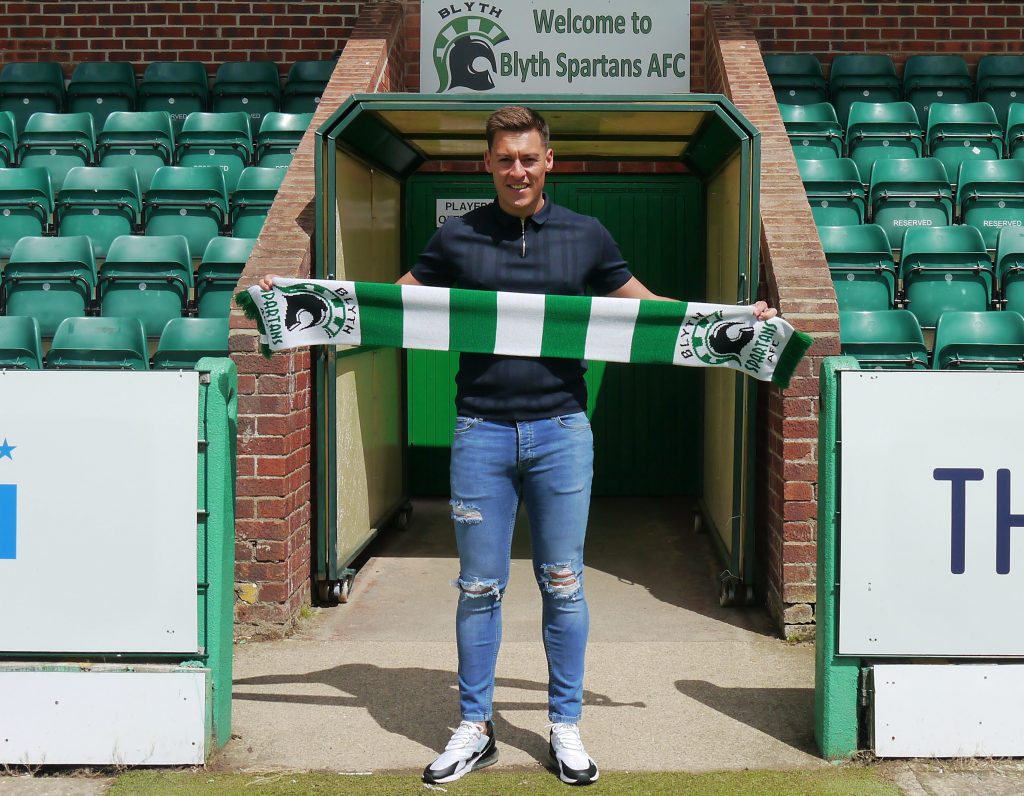 “I made a decision earl in the summer that I wanted play back in the North East again,” said Fenwick on signing with Blyth, “I’ve been away for five years now, my brothers have kids and it’ll give me an opportunity to get involved in their football journeys and they can watch me play on a Saturday afternoon.”

Manager Lee Clark has been a long admirer of the centre forward and tried to secure his signature when managing north of the border, and Fenwick was eager to sign for one of his childhood heroes:

“He was one of the entertainers, he was part of the famous Kevin Keegan squad that was my childhood growing up.

“It was funny because a few years ago I should have signed for him at Kilmarnock, when he was there he chased me all summer and I made a decision to go to York City instead – a decision I think in hindsight I ended up regretting.

“Even though I ended up playing at Wembley with York, I think back and should probably have gone up there with him in that instance.

“The fact I didn’t burn any bridges with him and I now have the chance to play with him again I snapped his hands off this time.”

The striker was chased by numerous clubs across the region – and the country – but will be playing his football at Croft Park season in front of an expectant crowd.

“I would say I am an old-school nine, I’m a good target man, I’m aggressive, good in the air and my hold up play is probably the best part of my game.”

“I’m a fox in the box, I’m an old school nasty forward who likes a tussle with a centre-half.”