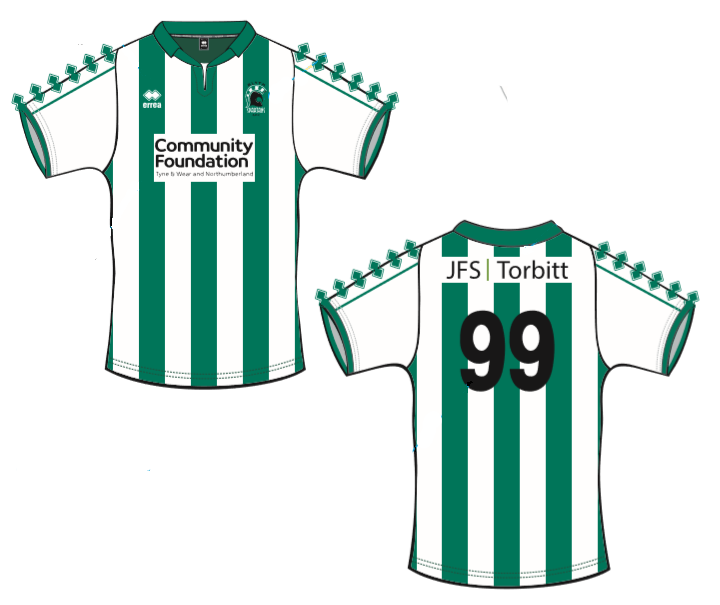 The following is a message from the Blyth Spartans Official Supporters’ Club Shop:

“The away kit design is staying the same. This new home kit design is intended to last two seasons so we can alternate and have just one new kit per season so fans who want both don’t need to buy two new shirts per season, obviously shirt sponsor pending.

“All being well we will have replicas in the Supporters Club Shop on sale for the beginning of the season.  Errea set a deadline of yesterday to guarantee delivery for then with the new season starting earlier than last, but we are hopeful they will get them done in time.”