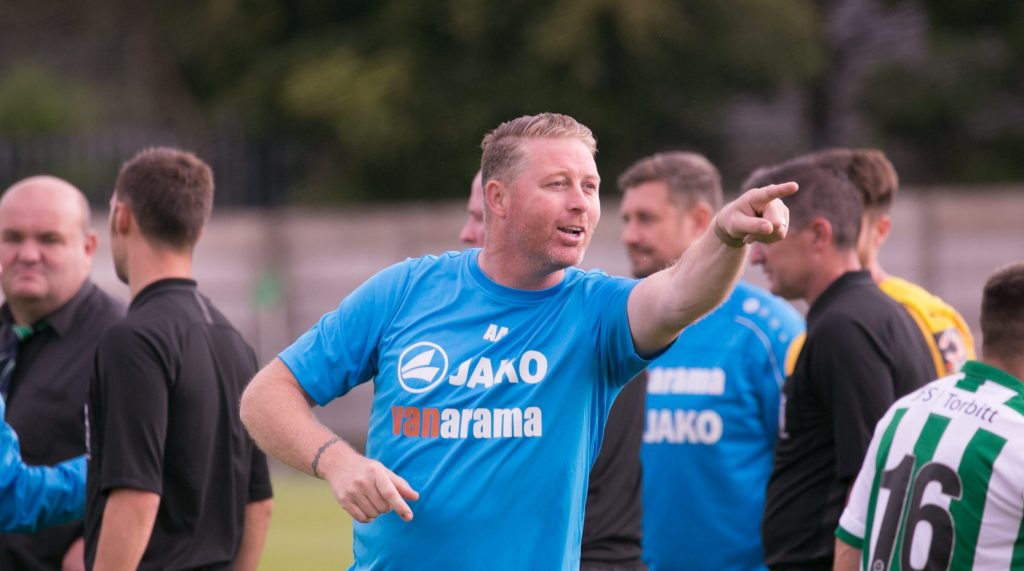 Blyth Spartans manager Alun Armstrong issued another rally cry for the Green Army as his side face two huge home fixtures in the National League North.

And the former Ipswich Town striker said the Spartans faithful are the catalyst to the club’s success.

“We need 1,000 at each game, it is as simple as that. Without that we can’t kick on, that revenue will help me strengthen.”

Spartans have managed crowds over 800 just twice so far this campaign, with attendances down on last season.

And Armstrong has called for the fans to make Croft Park a fortress.

“We are doing okay as we are, but I want us to kick on, I have the ambition to take us forward, the players want to push on, but we simply need more revenue.”

The 43-year-old praised chairman Tony Platten and the executive committee for their running of the club:

“I might moan, the fans might moan, but Tony runs this club properly, runs it extremely well with a sustainable model.

“There will always be a club at the end of the day, Tony is making sure of that.”

Winning games will always increase attendances, as it has so often proved at Croft Park, and Armstrong insists there is not much more he can do to entice the fans to Croft Park.

“We’ve won seven games in a row, that is an unbelievable achievement for a team of our standing at this level.

“We won twelve in a row in the league below, but I’ll be honest, winning streaks like that should have been the norm at that level.”

Blyth have rocketed up the table and are now level on points with Stockport County in the final play-off spot, and Armstrong was keen to praise his sides achievement:

“Two months ago there was a lot of talk that I wasn’t doing the job, the players weren’t good enough.

“Over the last three or four years Blyth have got accustomed to winning week in, week out. This is a tough league and we are working really hard to achieve on the pitch.

“The fans can be that twelve man, if we are to kick on, they will be key to our success.”