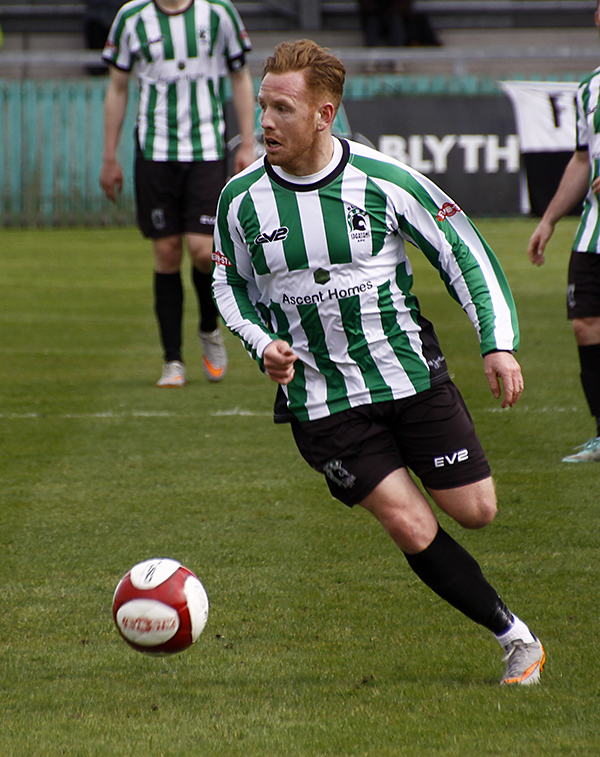 The former South African international arrived at Croft Park last summer from Gateshead and helped play his part in Spartans’ success in both the Evo-Stik Premier League and Techflow Group Northumberland Senior Cup.

However, after being offered a two-year deal by the Mariners earlier this week, the ex-Newcastle United midfielder has opted to join the FA Vase holders for the new Evo-Stik Premier League First Division North season.

And while Alun Armstrong is “gutted” to be losing the central midfielder, he admits that he was unable to compete with Shields’ offer.

Armstrong revealed: “He’s been offered a two-year deal at South Shields and I can’t match that. As good a player as he is – and I do like ‘Patta’ technically – it’s just a two-year deal for us, as a club, isn’t feasible.

“I know that ‘Nipa’ has got one, but he’s the only one for a long time here at Blyth. Unfortunately, I don’t think it’s something the club would have entertained financially for anyone else – as it’s not doable for us.

“It’s a shame – as I’d have liked to have kept him as part of the squad. I’ve got to look at the finances of the squad as well.

“We are working hard off the pitch. People might not think we are, but I haven’t stopped for the last three weeks; speaking to people, seeing what’s happening and seeing who’s available.

“It’s a difficult time and I’m gutted to be losing ‘Patta’, but it does free up some funds to help me strengthen a bit more as well.”

The club would like to wish Matty the best of luck for the future and thank him for all of his efforts for Blyth Spartans.