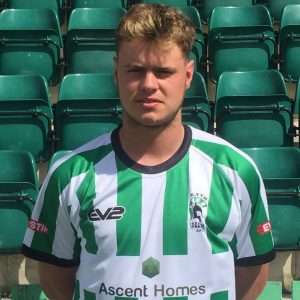 Defender Alex Nicholson has opted to follow Michael Richardson out of the door at Blyth Spartans and join the former Newcastle United midfielder at South Shields.

Richardson joined the Mariners for an undisclosed fee at the end of November and Nicholson has now followed him in making a money move, to play under former Spartans Graham Fenton and Lee Picton for the Northern League side.

During his two-and-a-half seasons at Croft Park, the 22-year-old helped the club to the Emirates FA Cup Third Round and he also lifted the 2014/15 Techflow Group Northumberland Senior Cup.

Nicholson had found his playing time quite limited so far this season, but manager Alun Armstrong admitted he was still disappointed to lose another player to the Northern League.

Armstrong said: “Even when Michael went, I said I didn’t want to be losing these players and I wanted to keep the squad as it was – as every single one of them knew what was required of them and they always do exceptionally well.

“Both Alex and Michael probably haven’t played as much as they wanted to, but that’s to do with the lads who have played well. Ultimately, I want lads here that want to play for Blyth at the end of the day.

“They wanted to leave and I’m not going to stop them. Shields have offered money for them and if you can get money for players at this level, that’s great.

“I wasn’t going to stop them, so I just have to go out now and find replacements for them. We’ve got a few people looking, but it’s going to be tough – as players don’t want to make the step up from the Northern League and play at a higher level.

“I want lads that are going to come here, really test themselves and buy into what we want to do here which is get up into the next division.” 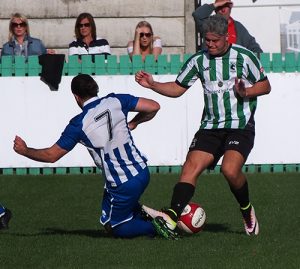 After suffering a disjointed pre-season because of injury, the right-back was left playing catch up but was unable to play himself back into contention for a start when he was selected. With plenty of other options available to Armstrong, the Spartans manager can’t envisage Nicholson’s departure being a “massive loss” to the squad.

Armstrong added: “Alex is a really talented footballer. He was one of the ones that I picked out when I first saw the squad and realised just how much technical ability he has got.

“However, for me, he hasn’t really shown me enough to warrant him making a start in the side. I think some of the other lads have done a bit more than him.

“He wants to play every week and I couldn’t guarantee him that. If you look at the last 15 games that I’ve been involved with and how many Alex has started, then it’s not going to be a massive loss – as long as I can bring someone in with at least the same amount of quality as Alex.

“Technically, we might not find that. With regards to tactical and game awareness though, I’m sure we might be able to.

“That’s the way we’re going to look at it. He is a loss – because he is a great kid – but that’s football and players will come and go.”