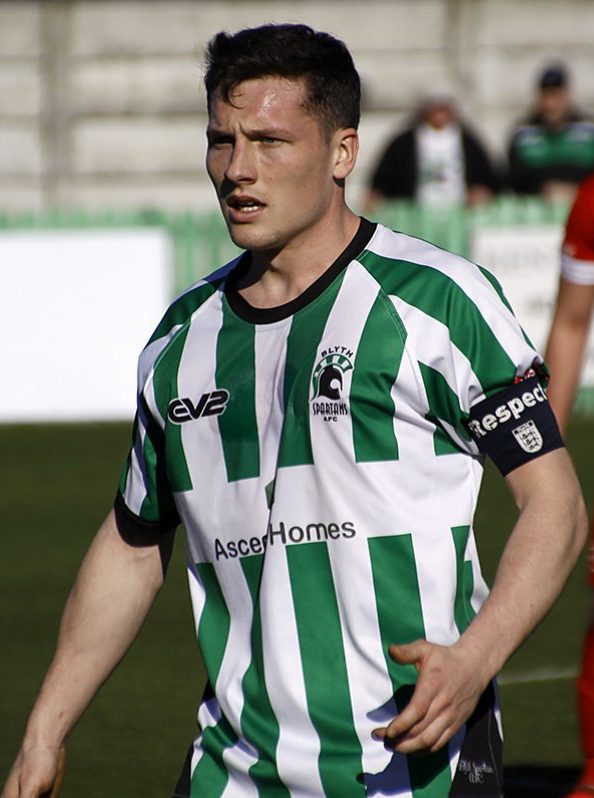 Following another exceptional season at Blyth Spartans, the club are delighted to announce that striker Daniel Maguire has been rewarded for his fine form with a call up to the England C team.

Maguire – who was named as the Evo-Stik Premier League Player of the Season, Port of Blyth Player of the Season and Blyth Spartans Supporters’ Club Player of the Season for 2016/17 – has caught the attention of England C manager Paul Fairclough, who has included the 24-year-old in his squad to face a Panjab FA XI at Solihull on Sunday May 28. ‘Nipa’ will then travel as part of an FA Representative side to the Channel Islands, where they will take on a Jersey FA XI the following Tuesday.

Spartans’ top scorer is no stranger to FA Representative sides though – after he featured for one alongside Blyth teammates Lewis Horner, Nathan Buddle, Danny Parker, Conor Grant, Matthew Wade and Aaron Wearmouth, against a Northern League XI, back in 2014 (pictured below.) Coincidentally, there is also a chance that Maguire might come up against another former Spartan while representing his country – as defender Arjun Purewal has been named in the Panjab FA’s squad.

A club spokesperson said: “It’s great to see ‘Nipa’ cap a great season with a call up to the England C team. He has been instrumental in helping us win the Evo-Stik Premier League title and the Northumberland Senior Cup this year, so everyone at the club is delighted that he has been rewarded for his outstanding efforts in this way.”