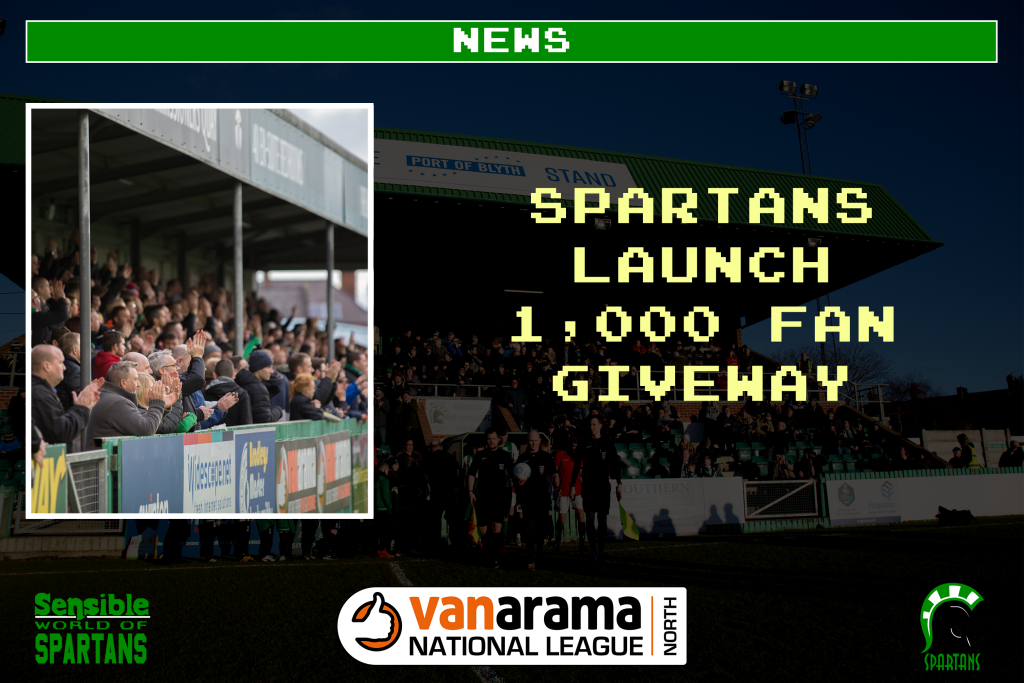 If the crowd at Croft Park totals over 1,000, those who enter the competition will go into the draw for a FREE season ticket – along with all season ticket holders.

Not only will the extra crowd help ‘boost the budget’ for Blyth Spartans’ boss Alun Armstrong, it will add to the already fantastic atmosphere at Croft Park.

“We want to give the fans a chance to watch a season’s worth of FREE football, we just need to push that crowd over the 1,000 mark week-in week-out,” commented Media Manager Stuart Dick,”We’ll be doing this for every home game until the end of the season, that’s at least 19 more chances to win a FREE season ticket.”