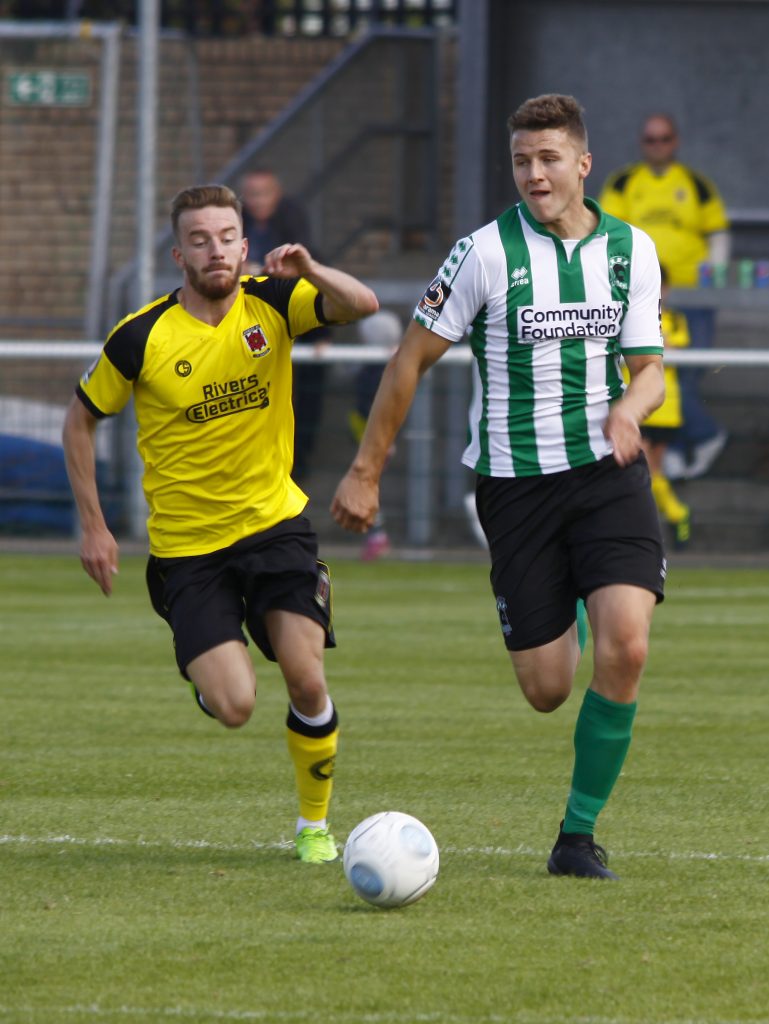 Nathan Buddle was in a subdued mood after Spartans fell to a 2-0 defeat at the hands of York City yesterday afternoon, but the central defender – who’s made 199 appearances for Spartans – praised the effort of his teammates during the match.

“We did everything we could out there, we all put our heart and soul into those 90 minutes – like we did on Saturday – and once again we don’t the reward – today in thanks to a stupid decision by the referee.”

Referee Ben Speedie awarded York City a penalty for a handball with the score at 0-0 on 80 minutes when Connor Oliver clearly chested the ball.

“To give a penalty for that is baffling – Connor is gutted in their, he had his arm by his side and six second later the ref give a penalty.”

And to couple the referee’s mistake, Robert Dale was brought down in the penalty area with the referee waving play on five minutes later.

“Even their players said it was a blatant penalty,” stated an irritated Buddle, “We just aren’t getting decisions at the moment.”

It was a similar story during last season’s visit to Bootham Crescent when some Aidan Connolly theatrics conned the official into a penalty.

It’s becoming a familiar theme for Spartans when they face big teams away – last season saw penalties awarded at Stockport County and Salford City which were rather comical.

“You don’t like saying it but the big name teams always get decisions going for them – especially at home – on a couple of occasions the ball goes out and their manager is telling the linesman which way to point – and then they laugh about it after.”

“We deserved a point – we hit the bar and Bartlett makes a stunning save to keep them in it.

“We’ve just got to suck it up though and go again on Saturday – hopefully our luck will turn around.

“We’ll get there in the end, it’s just been a frustrating day.”