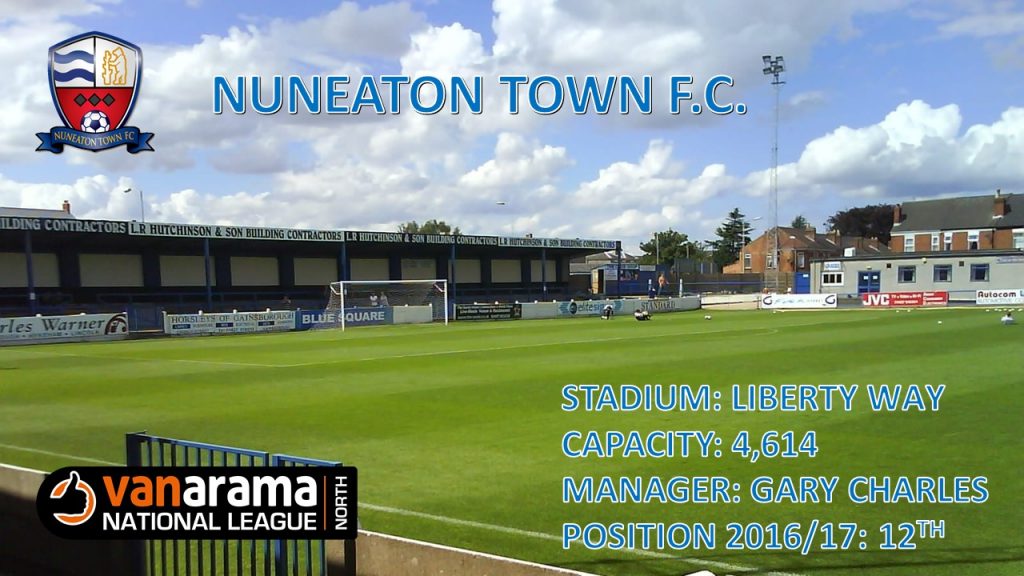 Under 10’s: Free if accompanied by an adult.

Blyth Spartans make the trip south to Nuneaton Town for their final game of the season as they still harbour an outside chance of making the playoffs.

On Tuesday evening, the Spartans were triumphant against Curzon Ashton. Nathan Buddle fired home from 30yds into the top corner to put Blyth ahead. Damen Mullen doubled the lead as he bundled home a cross that was parried by the ‘keeper. A nervy finish almost ensued as Ben Mckenna halved the deficit but Blyth saw the game out without any scares.

Nuneaton were in action on Wednesday as they played Boston United at Alfreton Town. On-loan Stevenage player James Ferry nodded Nuneaton ahead before Ryan Johnson was unlucky when turning a cross into his own to give Boston a share of the spoils.

The play-off situation is unclear with several teams still in the running for the remaining place. Bradford Park Avenue are in pole position but have a tricky game away to Kidderminster Harriers. Spennymoor, also have a chance at home to Southport. Blyth require Bradford to lose, Spennymoor to not pick up full points and for a victory at Nuneaton. York City and Boston United can also claim the final spot but a huge turnaround would be needed.

Gary Charles – Probably best known for his playing career, the twice capped England international played under Brian Clough at Nottingham Forest, finishing as runner-up in the league and FA Cup.

Ashley Chambers – The striker was signed following his release by Grimsby Town in the summer of 2017. He has made 45 appearances this season and has scored a very impressive 24 goals.