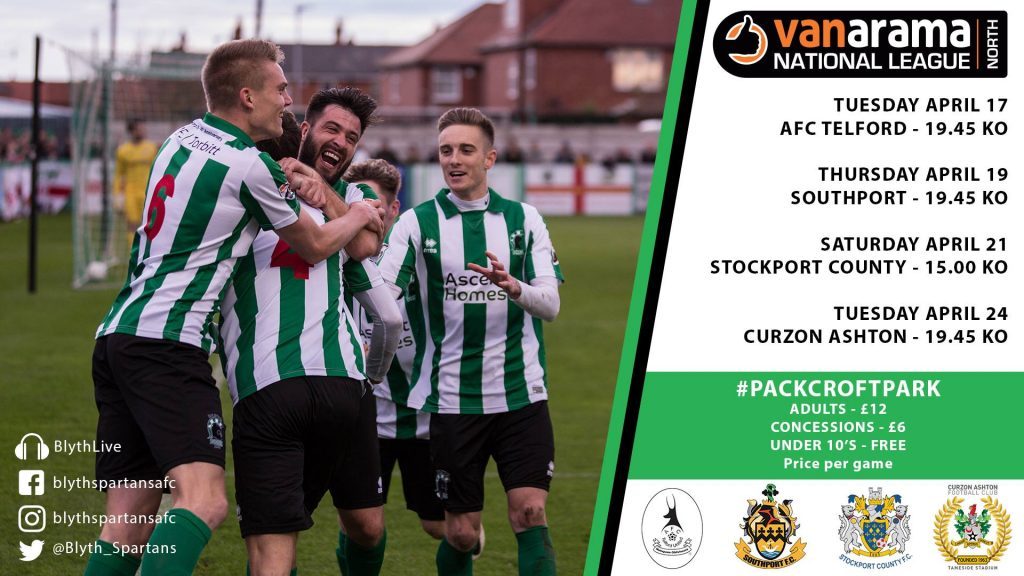 Concessions: £6 – £2 extra for seat in Port of Blyth Stand

On Saturday, the Spartans face their 3rd successive home game when Stockport County make the trip to the North East.

Blyth ended their recent barren run with victory on Thursday evening over a 2-0 victory over Southport. A goal in the first half from Jarrett Rivers put the Spartans ahead at the interval but the victory wasn’t sealed until stoppage time at the end of the game when Adam Wrightson clipped the ball home.

The visitors were in action on Tuesday evening as they came away from Chorley with a point following a 1-1 draw. Scott Leather headed the Magpies into the lead on 27minutes. Scott Duxbury got the equaliser with 19 minutes remaining to seal a share of the points but also secure a play-off place.

Jim Gannon – As a player, Gannon spent a decade playing at Edgeley Park making 383 appearances for the Hatters. This is his third spell in charge of the club following a 4 year stint from 2005-09 and then 2 years from 2011-13.

Jason Oswell – The striker joined Stockport in the summer of 2017 after winning the golden boot with Newtown in the Welsh Premier. He has also had spells with Inverness and in Australia. The front man has scored 25 goals this season.