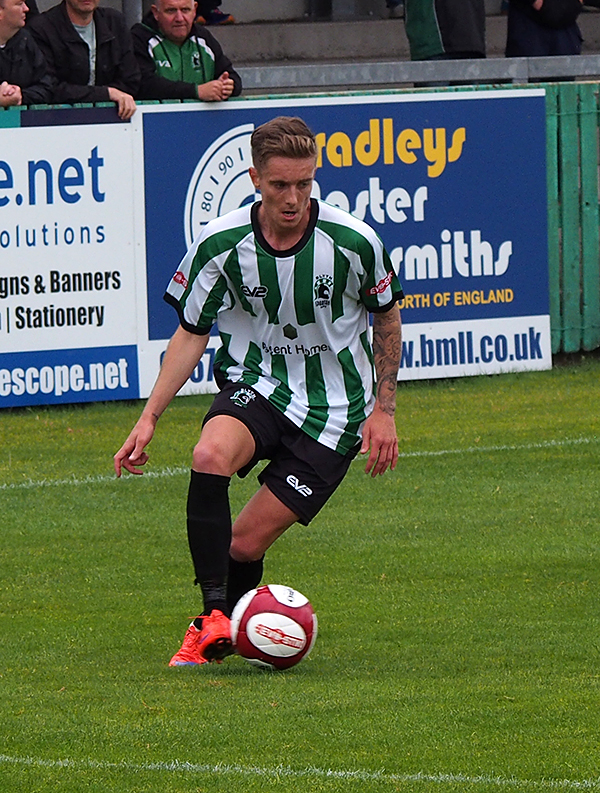 Jarrett Rivers has assured Blyth Spartans’ supporters he is staying with the club – after rumours surfaced that he is awaiting a move to Conference North side Darlington.

Rivers – who rejoined the club from Blackpool during the summer – has seen his playing time this season affected by injuries, leading some fans to speculate that the tricky winger might be on his way out of Croft Park once he is fully fit.

However, Blyth’s Emirates FA Cup hero at Hartlepool was quick to dismiss those suggestions and commit himself to Blyth and their goal of promotion from the Evo-Stik Premier League this season.

When asked about his rumoured move away from the club, Rivers scoffed: “My dad mentioned something about that the other day, because it was on Facebook or something. I don’t know where they’ve came from though.

“I don’t know where these rumours have come from but, you have to believe me, I’m staying here for the long run.”

Rivers appears to have put his injury worries behind him for the moment – after he completed his first 90 minutes of the season in Tuesday’s 1-0 defeat at Frickley. Despite the disappointing result, Rivers was glad to be back in the Spartans’ starting line-up.

He added: “I was delighted to be back on the pitch but, obviously, it’s a frustrating result isn’t it? We’d been on top all game and none of us thought it was going to end up like that.

“I can’t believe we’ve lost a game like that. Their goal was one of their only chances in the game.

“It’s just one of those things that happens. We were creating chances, but we’ve just not been able to take them.

“We’ve hit the bar and had a few scramblers around the box, but it just wouldn’t go in for us. I was pleased, individually, with my performance, but I’m just gutted that I couldn’t score and help the team to get three points.

“It’s very disappointing. I thought my chance in the first half was just going to creep inside the post, but it wasn’t to be.”

With Blyth on the road again this weekend, Rivers has backed his teammates to put their two successive defeats behind them at Corby Town on Saturday.

Rivers said: “I always back the lads in every game. We’ve had a couple of bad results, but we’ve got good enough players to turn it around and go on a winning streak again.”