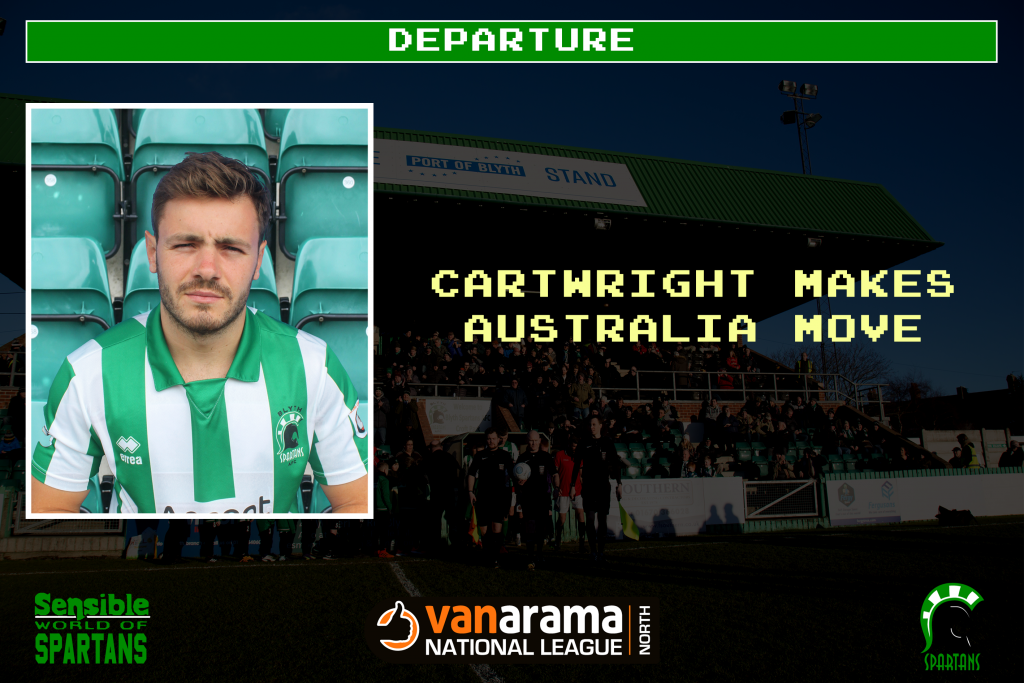 Blyth Spartans can now announce the departure of right-back Andrew Cartwright – who has taken on a full-time coaching role in Perth Australia.

The 22-year-old made 85 appearances for Spartans over three season spell with the club – scoring his first and only goal against Darlington early in the 2015 season.

Cartwright was on the periphery of the squad for the majority of the 18/19 Vanarama National League North season – but did star early – earning himself and England ‘C’ cap during the campaign.

After a loan spell with EBAC Northern League side Ashington, Cartwright returned for the final month of the season – making a number of appearance as Spartans chased a play-off spot late in the season.

The club would like to wish Andrew all the best in his future endeavours.