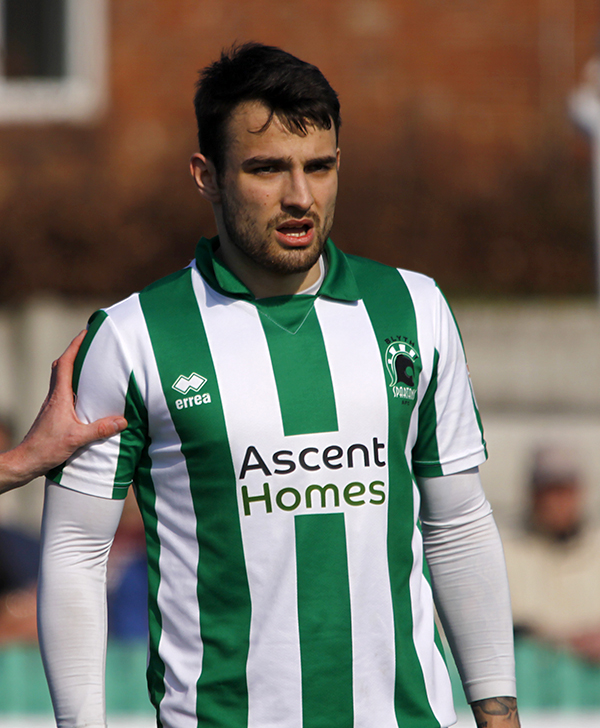 Blyth Spartans must announce the departure of defender David Atkinson – who has joined Icelandic Premier League side IBV Football Club.

Atkinson re-joined Spartans in October 2017 after a short spell IBV Football Club – and they have come back in for the former Carlisle United man with a full-time deal that was “too good to turn down” for both club and player.

Atkinson first joined Blyth Spartans in December 2016, initially on loan from League Two side Carlisle United before joining permanently in early 2017. He’s made 23 appearances this term, adding to the 15 he made in his initial spell with the club.

And manager Alun Armstrong was adamant the decision was out of his hands:

“He’s decided to make the move – we’ll never hold a player back from playing professional football.

“The deal is a good one for the player, and as a club as we’ve generated a substantial fee that will help us build towards next season.

“The offer was too good to turn down,” added the 43-year-old.

The defender makes the move with immediate effect, we wish David all the best in Iceland.