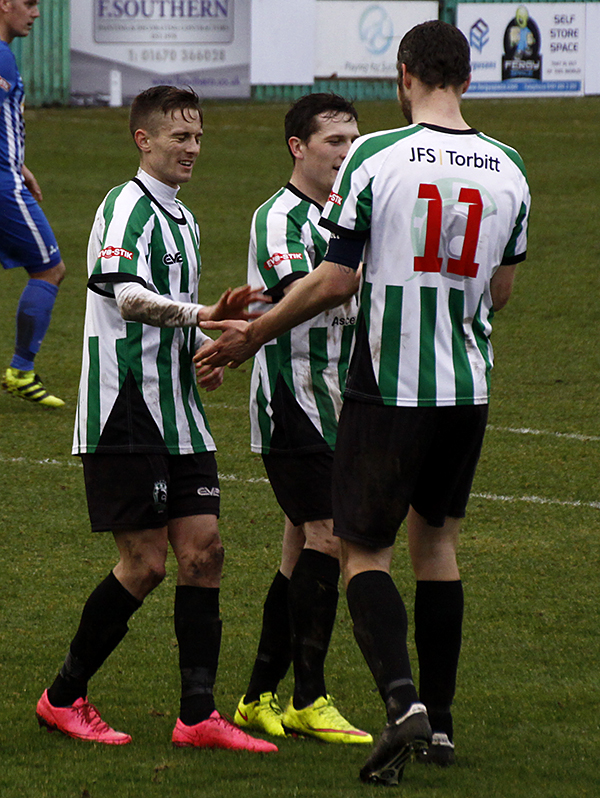 Daniel Maguire has followed up yesterday’s title-winning celebrations by being named the Evo-Stik Premier League Player of the Season at the league’s annual awards evening.

Maguire – who has scored 26 league goals so far this season – saw off the competition to be named the best player in the top division of the Evo-Stik Northern Premier League for the 2016/17.

‘Nipa’ was also joined by Robert Dale in the Evo-Stik Premier League Team of the Season – as the pair were recognised for their outstanding performances throughout this season at the ceremony held in Barnsley on Sunday evening.

However, a modest Maguire was quick to suggest that a number of other Spartans players were unlucky not to join them both in the final 11.

Maguire said: “It’s good to be rewarded for everything we’ve done over the season. It’s obviously opposition managers that have voted for us, so it’s great to be noticed for the hard work that we have put in week in and week out.

“There’s a few of the other lads that I think definitely should have made the cut as well though. We’re the best team in the league in my eyes, so I don’t know why there isn’t a few more Blyth players in there with me and Robbie.”

Maguire was also named in third place for the Supporters’ Player of the Season, which was decided by an online vote by fans of every club in the Evo-Stik Northern Premier League and ran by the NPL Show.

He added: “To come third in the supporters’ award is even better than the team of the season nomination, to be honest. It’s voted by a lot more people and it’s based on a lot more games, not just the one or two different individual managers have watched.”

With a league winner’s medal, two Port of Blyth Player of the Month awards and his two Evo-Stik League accolades, the only trophy missing from Maguire’s collection now is the Evo-Stik Premier League Top Scorer award. However, he revealed that he won’t lose too much sleep if he doesn’t manage to end up with that one as well. 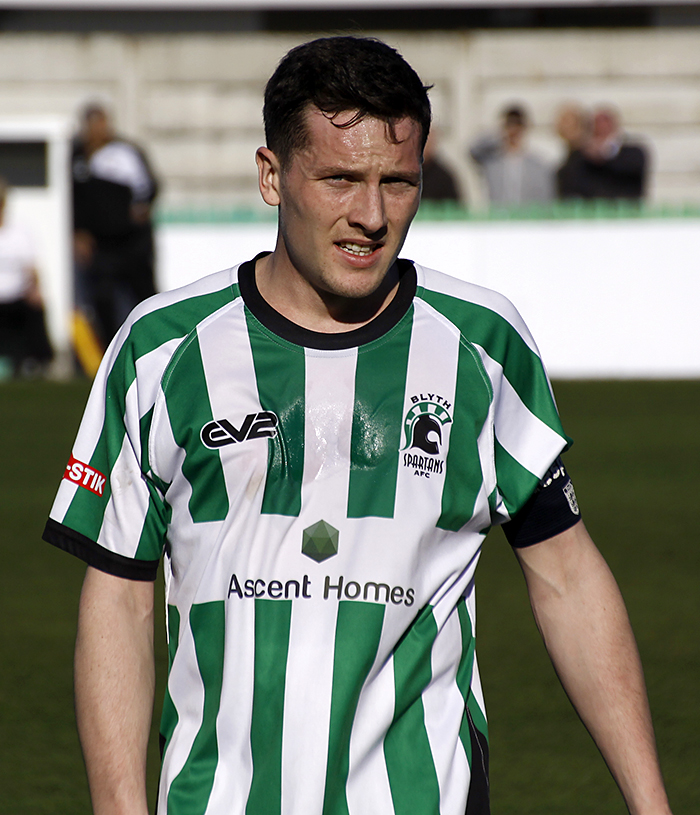 Maguire added: “Hopefully I can do it, although I don’t really look at it too much. If I score, I score, but I’d rather we win and get the three points.

“As long as we keep getting the three points, I’m not too bothered if I score or not. It would be nice to get the award, but we’ll see what happens.”

His awards show haul tops a great weekend for the 24-year-old, who celebrated Blyth’s title triumph at Croft Park just over 24 hours before the Barnsley showpiece event. With the dust only just beginning to settle on Spartans’ promotion to the Vanarama National League North, Maguire is looking forward to testing himself at a higher level next season.

“This year, we’ve done it and next year will be a good test for us. Every game will be a hard game but, if we work hard and strengthen in a couple of areas, we’ll be more than capable to compete in that league.

“I always thought we had a chance to win the league this time round, even with the upheaval of changing managers part-way into the season. The squad we have was stronger than any other side in the league and this season was the season for us.”