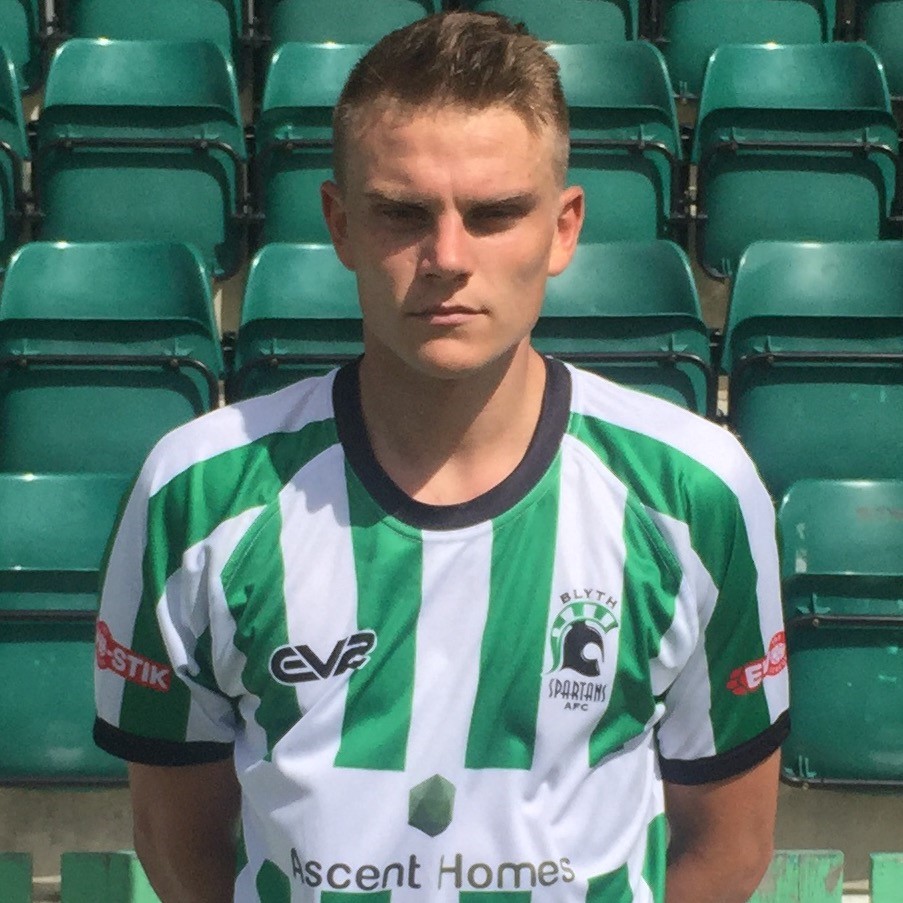 Blyth Spartans are delighted to announce that Ryan Hutchinson has been awarded with the Port of Blyth Player of the Month award for September.

The month started perfectly for Spartans – as they progressed into the second qualifying round of the Emirates FA Cup, before recording two further victories to rise to the top of the Evo-Stik Premier League.

However, Blyth then suffered a cup upset against Morpeth Town, lost to two teams near the bottom of the league and waved goodbye to departing manager Tom Wade – as he made way for Alun Armstrong, who opened his Spartans’ account with a 0-0 draw against Spennymoor Town.

While the team might have struggled during September, Hutchinson was able to build on his impressive showings that saw him just miss out to Sean Reid for August’s award – as he was name man of the match in both of Blyth’s league wins this month.

And even though the star centre-back is happy with his award and his current form, he insists that he’d put individual accolades to one side for team glory.

Hutchinson – who also made his 100th appearance for the club during September, in the draw with Spennymoor – said: “I’m happy to receive the award. It was a great start to the month, but the last few results haven’t been great and we need to get back on track.

“Obviously, the team is more important that the individuals, but I’ll take the award and just hope we can push on into October.

“It’s always nice to be named man of the match at the end of a game and, if the result is good as well, it’s a massive bonus. The main thing for all of the lads is just to get the results though.

“You’ve just got to take each game as it comes and I’m confident in my play at the moment, so – hopefully – my good form can continue.”

Hutchinson will be presented with his award prior to Spartans’ league meeting with Mickleover Sports on Saturday October 8.