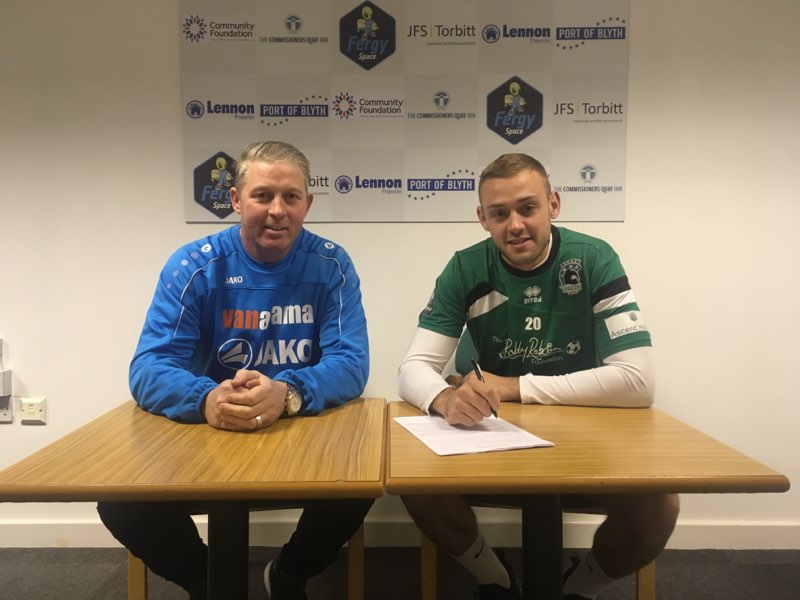 Blyth Spartans are delighted to announce the return of centre-back Louis Laing to the club.

The defender played four games for Spartans this season after a plethora of injuries befell the Spartans back line.

But the 25-year-old had looked to secure an international transfer, but as soon as it fell through he was back on the phone to Alun Amrstrong.

“I had a little time to think about what I wanted to do and coming back to Blyth was on the top of my list.

“I am delighted to be back, I really enjoyed my time here earlier this season.”

Spartans are currently on a 13-game unbeaten run, and Alun Armstrong has brought in Laing to replace the departed Aaron Cunningham and Ian Watson.

“Laing will be a massive boost for us,” said Armstrong, “he was just starting to show what he’s capable of before he got an offer to play abroad.

“I’ll be honest, I’m delighted his deal feel through from a selfish point of view, and that he contacted me right away to come back.”

Laing will look to break into a side that kept a clean sheet in the FA Trophy against Boreham Wood last weekend, a tough task for the former Hartlepool man.

“I want to help the lads keep winning, that is the main thing for me.”