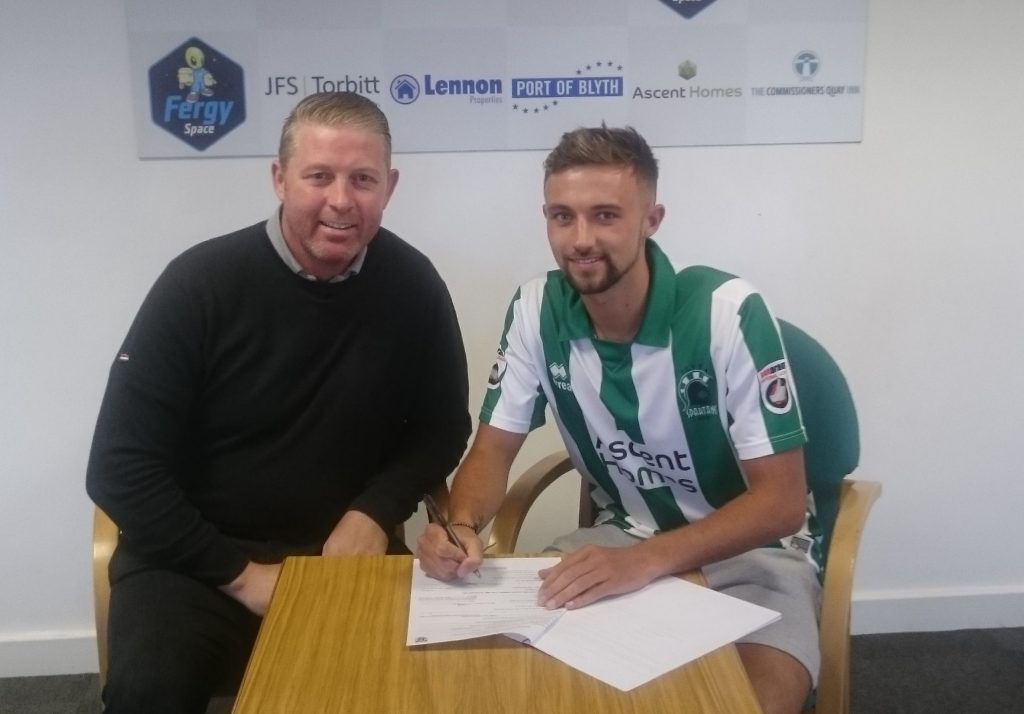 Blyth Spartans are excited to announce the addition of forward Jamie Holmes ahead of the 2018/19 Vanarama National League North season – joining from Evo-Stik Northern Premier League side South Shields.

Holmes, 20, is a product of the Newcastle United Academy – joining the Magpies during the 2010/11 season before progressing through the academy age groups.

After his release from the Premier League side, Holmes went on trial with the Evo-Stik Northern Premier North Champions South Shields – earning a contract with the Mariners in a pre-season in which he scored in the 2-2 draw against Spartans at Croft Park.

Holmes made 47 appearances and scored 13 times last season for the Mariners. He was part of the team which won the Evo-Stik North Division as champions.

That’s not his only connection to Spartans – his brother Dean previously played in the green and white during the 2013/14 season.

“This is a fantastic signing for us, and he’ll be a great addition to our forward line. He’s capable of playing anywhere across the front four and that versatility is one of the reason we have brought him into the club.”

“He came off the bench during a pre-season friendly against us last season and posed a real threat, getting on the score-sheet. We’ve had eyes on him for a while, he’s a young and talented player that will fit in nicely with the squad we’ve already assembled.