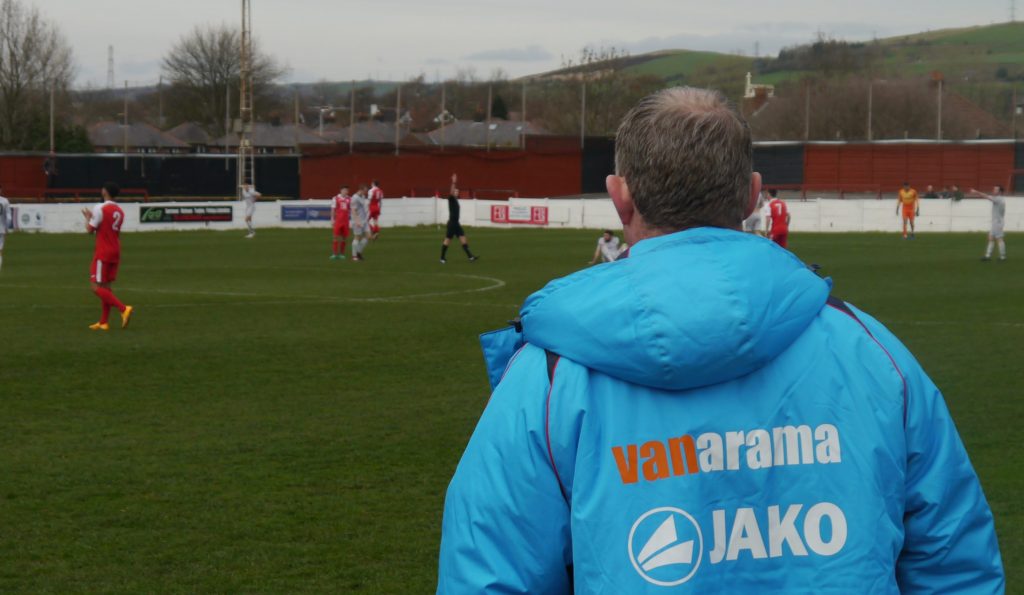 Alun Armstrong was full of praise for his side after their 3-0 win away at Ashton United on Saturday afternoon.

Goals from Kieran Green, Louis Laing and Dan Maguire in the opening half hour secured the three points as Spartans rose to 12th in the Vanarama National League North.

“I picked the team today to demand the ball,” said Armstrong, “some of the football we played first half was unbelievable.

“But it was disappointing we did not score more, we could have had the game put to bed in the opening 45 minutes.”

After two Saturday’s without a game, the former Middlesbrough and Ipswich Town striker was keen to avoid a lacklustre display:

“It was important we avoided a performance like we produced last year in a similar situation against North Ferriby United, we had to ensure history was not set to repeat itself.

“Robbie has been away skiing this week and he just got back yesterday so I decided to start him on the bench, and Sean Reid is getting married shortly so he will miss a few games.

“I have got to be loyal to the lads who are here week in, week out and make sure they get the chances they deserve.”

A first clean sheet for 11 games brought praise. After a first half of dominance, the second period saw Spartans defend stoutly throughout.

“I thought Louis Laing was outstanding, and Michael Liddle has come back in after injury and done really well.

“Connor Oliver came back in today and the amount of work he got through was unbelievable, some of the lads said it was like having another Jarrett Rivers out there with the workrate he put in, he was all over the park.

“And Greeny has worked his nuts off to get himself into probably the best condition I have ever seen him in. If he keeps doing what he is doing he’ll get back to what he wants to be, a professional footballer.

“It would be a loss for us, but if he keeps working, he’ll get there.

“Look, I could go on and on to be honest with you, every single one gave me at least eight out of ten today and that is what we need from them.”