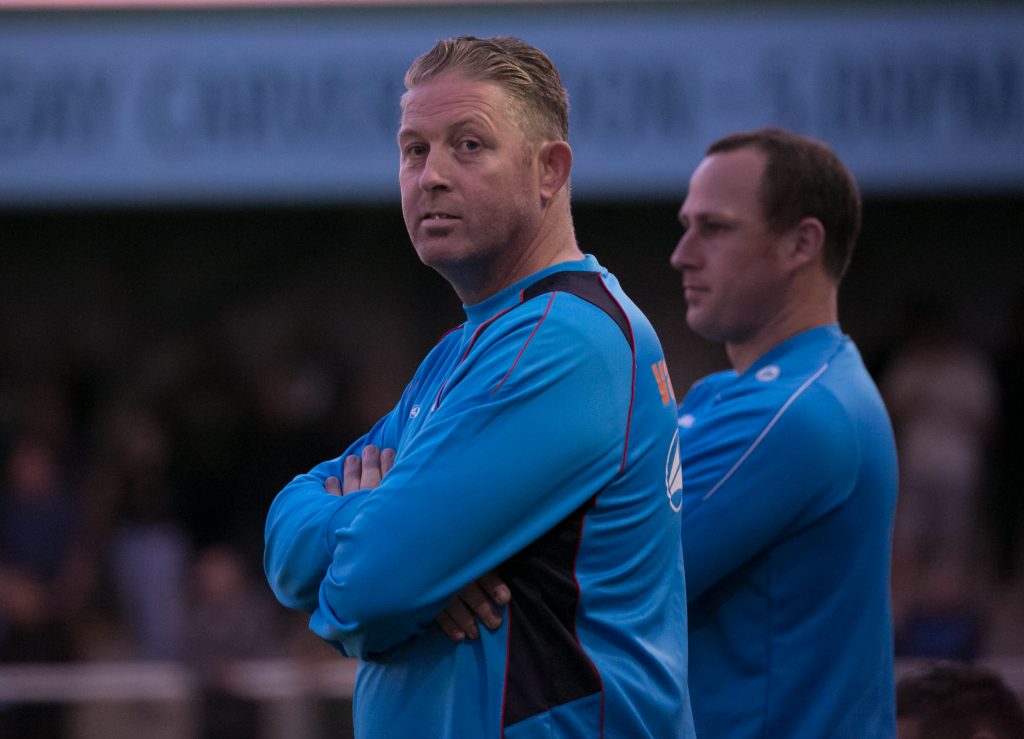 Blyth Spartans boss Alun Armstrong is baffled by the ‘longest injury list he’s ever see after Spartans lost a fourth centre-half of the season in side’s 3-1 defeat to Alfreton Town.

Hartlepool United loanee Aaron Cunningham – who put in a man of the match performance on Wednesday evening at Darlington – suffered an ankle injury early in the second half with Spartans level with The Reds adding to a mounting injury list in the Croft Park treatment room.

Ryan Hutchinson is a long term absentee, with Sam Brotherton now out for two months due to ligament damage, Jordan Watson still recovering from an ACL injury and Damen Mullen recovering from a pre-season injury.

Armstrong was forced to move midfielder Sean Reid into the centre-back role, and he believes that was the catalyst for Spartans downfall – losing the goal-scoring threat from midfield.

“Moving Reidy cost us the game, no doubt about that,” exclaimed Armstrong moments after the final whistle.

“Aaron rolled his ankle which meant I had to move Reidy into centre-half, that killed our midfield – which is no disrespect to those who came off the bench – but the three in the middle were playing some great football, it was a joy to watch.”

In addition, the former Ipswich Town and Middlesbrough striker believes that his side weren’t as committed in the second period as they were the first.

“In the second half I’m not sure where the commitment was, and when Aaron went off head seemed to drop for some reason, I can’t explain why.”

“To be fair the lads put in a hell of an effort on Wednesday, we have a few tired legs out there – we’ve just got to get on with it and make do with what we have.”

Giant striker Tom Denton netted twice from headers – once in either half – and proved a particular nuisance all afternoon.

“I thought we handled him well in the first half – it’s all about the second ball and other than the goal and a stunning save from Pete Jameson, they didn’t create much.”

“But we aren’t learning from basic errors – defenders in this league kick the ball out of play when they are in trouble – we for some reason try and hook it and that’s how they take the lead, simple stuff.”

“Then two minutes later we switch off at a set-piece as we’ve let our heads go down and that’s that.”

It doesn’t get any easier for Spartans as they host Chorley at Croft Park next Saturday – the league leaders having won five out of five and are yet to concede a goal, before Spartans travel to Bootham Cresent to take on former football league side York City.

“We’ve just got to stay together and get through it as best we can, we know it’s going to be tough with the amount of players we have unavailable, but the lads have just got to put in a shift.”