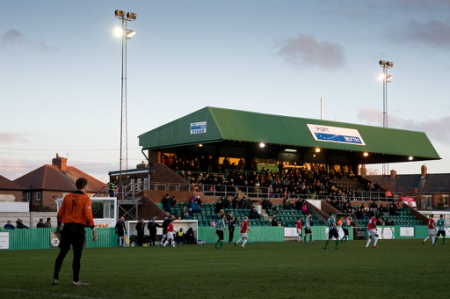 Blyth Spartans will now face Newcastle Benfield at Croft Park on July 4 – after the two clubs agreed to switch the venue for the previously announced pre-season friendly.

The meeting was originally planned to take place at Sam Smith’s Park, but the 7:30pm kick off will now take place at the home of the Vanarama National League North side.

Spartans last met Benfield at Croft Park in a competitive fixture back in November 2011, when the Northern League side compounded then-manager Steve Cuggy’s misery – as they came from behind to beat Blyth 2-1 in the Techflow Group Northumberland Senior Cup quarter-finals. However, the home side got revenge when they comprehensively beat Benfield 4-2 on the same ground in their penultimate pre-season game ahead of the 2013/14 season.