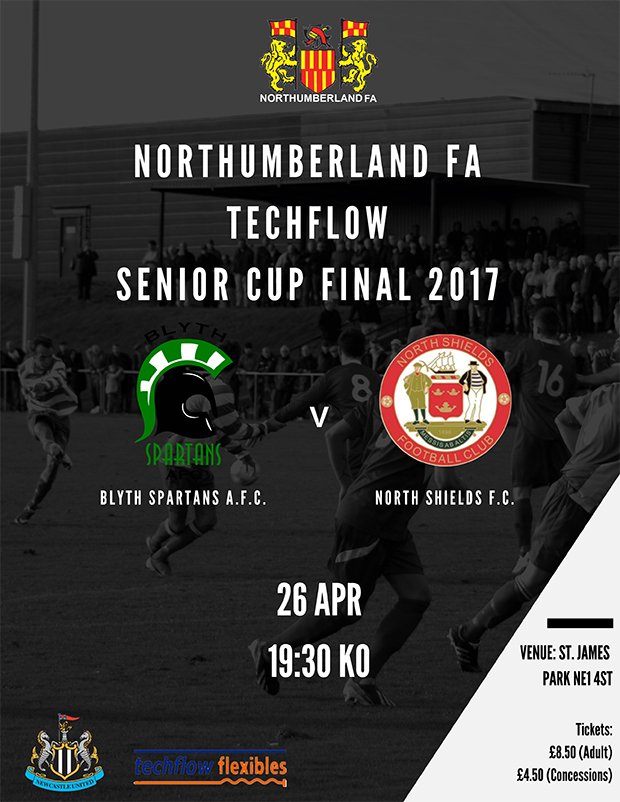 TEAM NEWS
Blyth Spartans end their season on Wednesday night, seeking to add another trophy to the Evo-Stik Northern Premier Division title they collected on Saturday. North Shields finished their league campaign on 101 points, to secure third place in the EBAC Northern League

The season ended on a high note for Spartans – as they scored five goals for the second successive game, dismantling an impressive Grantham Town side by a 5-1 score line. Dan Maguire scored a hat-trick, Robert Dale grabbed a goal and an unfortunate own goal sealed the victory.

The Robins ended their league campaign on Saturday with a convincing 3-1 victory over Newton Aycliffe, where a double from Gareth Bainbridge and an effort from Lee Mason were enough to seal the points.

This game is a repeat of last season’s final, where North Shields emerged victorious in an enthralling 4-3 game.

DANGER MAN
Lee Mason – The former Spartan has led the line for the Robins this season and tops the club’s scoring charts with 28 goals from 44 appearances.