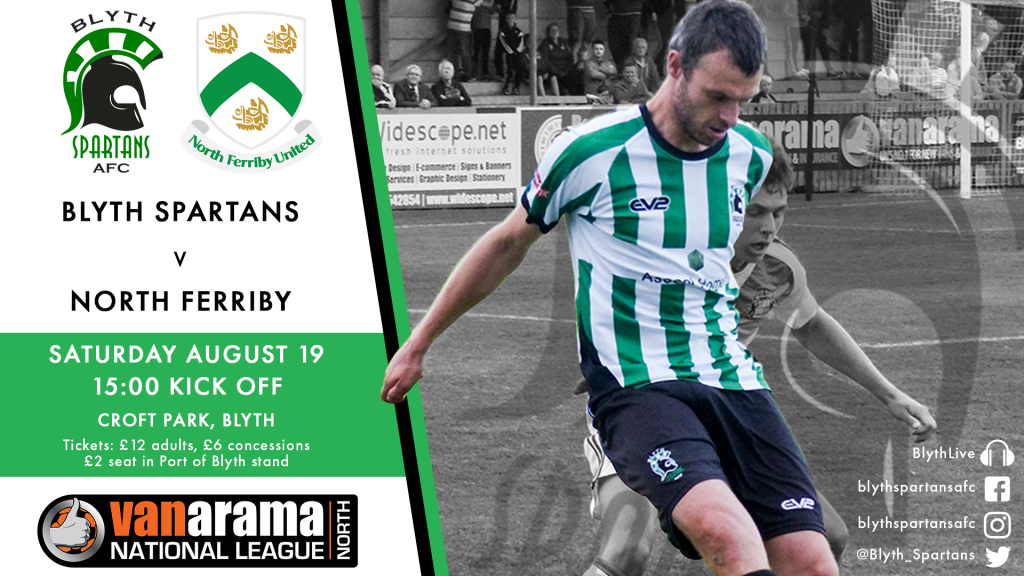 The Spartans play host to North Ferriby United on Saturday looking to extend their winning run to three games.

The Spartans picked up their first away win of the season on Tuesday evening as they repeated the scoreline from Saturday to beat Gainsborough Trinity 4-2. Dale Hopson and Nathan Buddle put Blyth two goals up before the home side reduced the arrears. Sean Reid scored a spectacular third before the hosts again got back to within a goal. Peter Jameson produced a vital penalty save to keep the score at 3-2 before Dan Maguire slotted home to give Blyth a fantastic three points.

North Ferriby have endured a torrid start to the season losing their opening four games and failing to register a goal. However, they were unlucky to go down to defeat at Alfreton by a single goal on Tuesday.

Steve Housham – A player previously with Scunthorpe United, Barrow and Brigg Town. In 2003, Steve won the FA Vase as a player with Brigg Town. Housham later went on to manage Brigg Town and Gainsborough Trinity before joining North Ferriby.

Russell Fry – An accomplished midfielder who came through the youth system at Hull City before playing for Halifax and York City. Into his 10th season at the club.