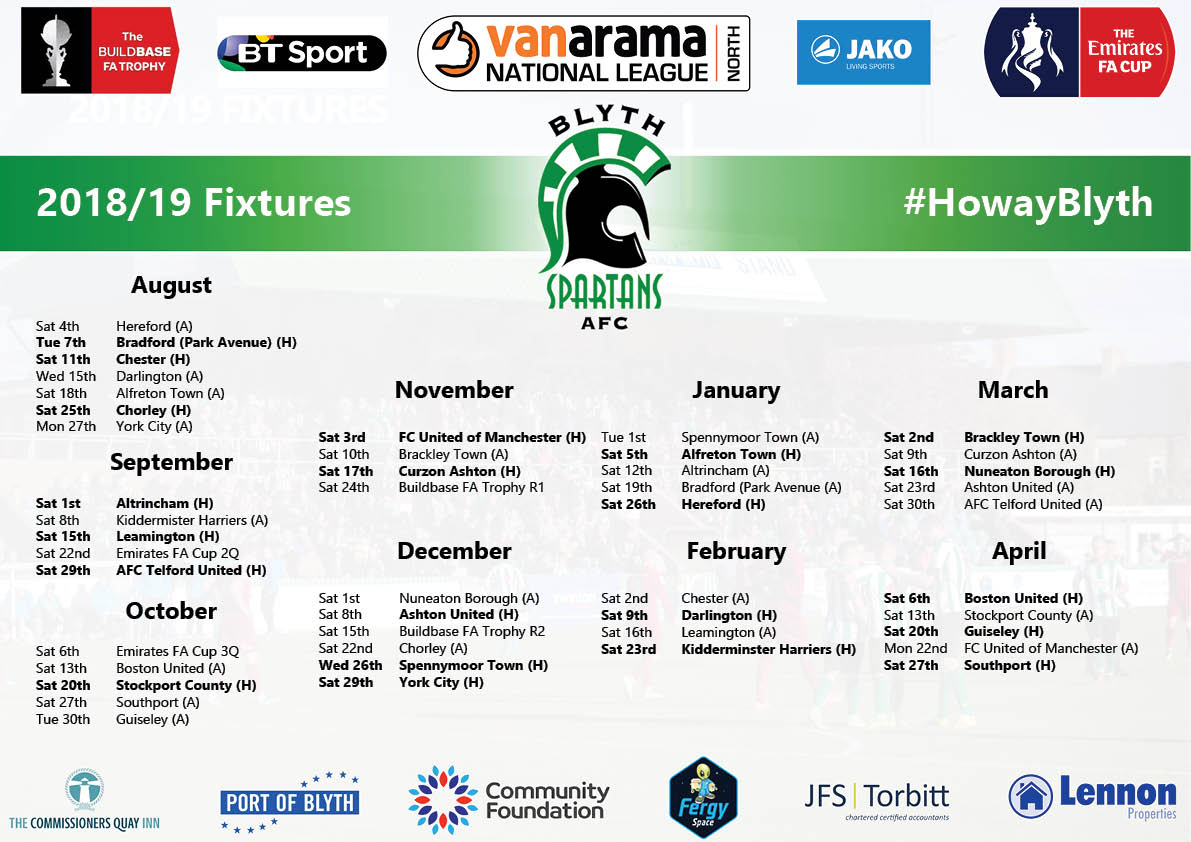 Blyth Spartans will start the 2018/19 Vanarama National League North season against Southern League Premier Champions Hereford FC, the longest away trip of the season. Hereford FC are the phoenix club of former league side Hereford United and have won eight trophies in their three years in existence – including three straight league title. It’ll be a familiar foe for midfielder Damen Mullen who faced the Bulls in the 2015/16 FA Vase Final with Morpeth Town – the Evo-Stik side winning that game 4-1 at Wembley.

The season opener is followed by back to back home games against West Yorkshire side Bradford (Park Avenue) and Chester FC – who are new to the division after relegation from the National League.  This is followed by the first derby of the season as we travel to Blackwell Meadows for a mid-week game against Darlington.

Our August Bank Holiday fixture will be one to enjoy for the Green Army as we make the relatively short trip down the A19 to York City in what promises to be another cracking encounter with the former league side.

October sees us make three away trip out of four – with Stockport County the only side to visit Croft Park. Boxing Day will see us host Spennymoor Town – with the return game played a week later on the 1st January. York City will visit Croft Park between those two games.

We end the season with a trip to FC United of Manchester in the April bank holiday – before hosting Southport to round off the season.