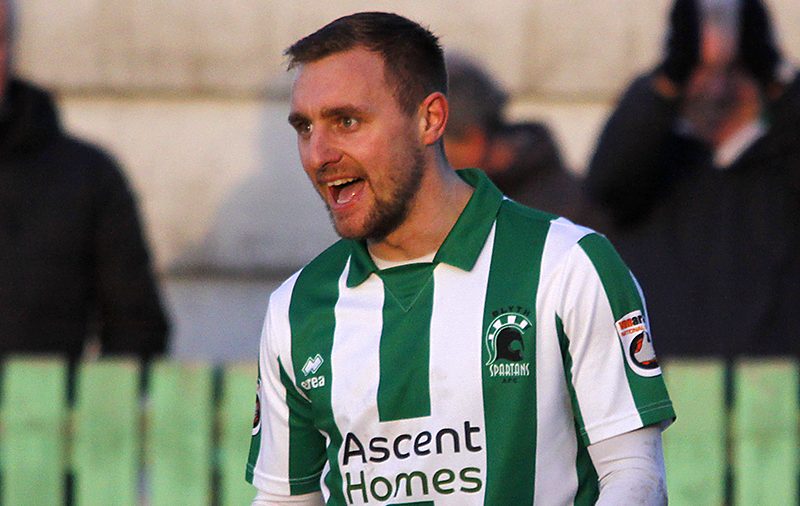 Blyth Spartans must announce the departure of midfielder Dale Hopson to Evo-Stik Northern Premier League side Whitby Town for an undisclosed fee.

The midfielder joined Spartans last summer, breaking the club’s transfer record in the process when he joined from the Seasiders.

The 25-year-old made 39 appearances during the last campaign, scoring on 12 occasion – especially potent from the penalty spot.

“First I’d like to thank Dale for his commitment and performances last season, he’s a fantastic talent and we wish him well.

“Obviously we didn’t want to lose a player of Hopson’s quality, but with extra work commitments and the travelling up to training twice a week and for matches it’s proved just too much for him.

“It’s his decision and we have to respect that, and the deal has opened up a portion of the playing budget to help get other deals we’ve done already over the line.

Hopson follows former Spartan David McTiernan back to the Turnbull Ground, everyone at Spartans’ wishes Dale all the best in the future.