Blyth Spartans manager Alun Armstrong insists he’s in no rush to bring in new players, despite only one new arrival coming through the doors at Croft Park so far during the close season.

Left-back Ian Watson made a return to the club last month from fellow promoted side Spennymoor Town, but – as of yet – he is yet to be joined by any more new faces in the Spartans squad.

And, although the former Stockport County, Middlesbrough and Ipswich Town striker knows he still needs to bring players in, he revealed won’t be panicked into signing just anybody – as he only wants to add the right players to what he thinks is an already strong squad.

Armstrong said: “We are looking and we are working on players to help strengthen the squad. Obviously, the position that Luke [Armstrong] has left is still a void and it’s a space that we need to be fill.

“It’s no use going out and saying ‘right, he’s available and he might be available’ etc. It’s got to be the right personnel as well – as they’ve got to have the right personality to fit in our dressing room, fit into our style of play and how I want us to play.

“People might be thinking ‘oh, we haven’t signed anyone yet’, but there’s still plenty of time. I’ve got a lot of trialists coming in to look at and there’ll be people who become available as the season starts.

“However, we want to get off to a good start, so I’d like to get one or two in before the start of the season. 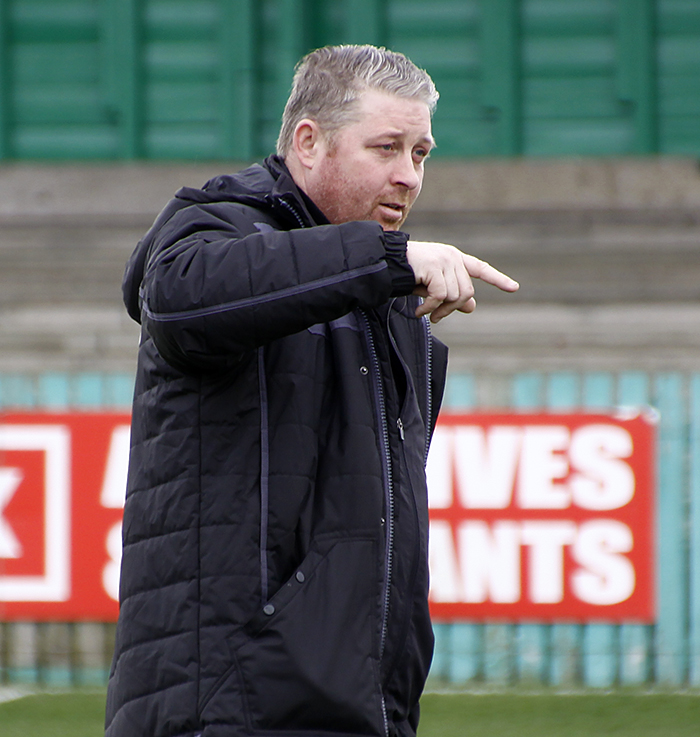 Armstrong also declared that his phone hasn’t stopped ringing since his side completed an Evo-Stik Premier League and Techflow Group Northumberland Senior Cup double back in April, but he reiterated that he won’t be signing anyone he hasn’t already seen play – even though he admits it’s making signings at this time of the year harder for him.

The 42-year-old continued: “It’s hard for me, because – if you look at the way I’ve signed players so far – I don’t sign anyone blind. I need to see them play, which is why – the lads I have brought in – I brought them in on loan first to see what they’re like.

“I don’t want to sign players blind when I’ve never seen them before, but it’s a catch-22 – as you can’t see them play in the summer.

“My phone just hasn’t stopped during the summer. I thought I would have some down time and be able to relax, but – to be honest with you – I’ve done more work these last few weeks than I did during the season.

“Just because there’s not been any signings through the door yet, it doesn’t mean we’re not working hard on it. It’s just a case that, unfortunately, I’m asking them to make the step down or other clubs have got more money than we’re able to spend at this moment in time.”

It’s not just the Blyth boss that’s getting less of a summer break than he thought either – as Armstrong has told all of his players that they will make a start on their pre-season preparations next week, to ensure Blyth are ready for the start of the upcoming Vanarama National League North campaign on Saturday August 5.

Discussing the early start to pre-season, Armstrong replied: “We’re looking to have the lads back in training on Tuesday. We’re starting a week earlier than we did last season, so we can bed them in slowly – as some will be away and some will go on holiday during pre-season, which isn’t ideal but you can’t stop them.

“That’s why I want a good six weeks, so it gives the lads a chance to get some games in and some fitness under their belts – as we want to start the season nice and bright.

“We’ll be training Tuesday, Thursday and then Saturday, but the lads have also got ‘Busted’ [Ian Watson] on board to help them do some extra fitness work and I’m hoping a lot of them will take up that opportunity.”