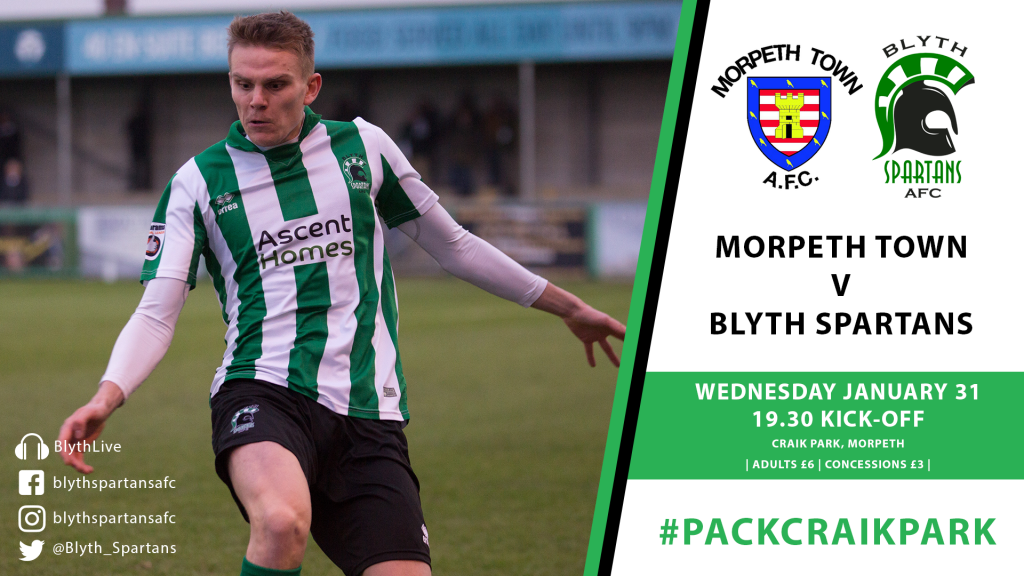 The Northumberland Senior Cup Semi-Final between Morpeth Town and Blyth Spartans will take place on Wednesday 31st January with a 7.30pm Kick-Off

Spartans are looking to lift the Northumberland Senior Cup for the third time in four years, but face a tough task against the EBAC Northern League leaders.

The Highwaymen are currently on a seven game winning streak and sit eighteen points ahead of Marske United in the league table – although the Seasiders have six games in hand.

The two sides last faced off in the competition in the 2014/15 Final, Spartans winning 2-0 thanks to goals from Michael Richardson and Dan Maguire.