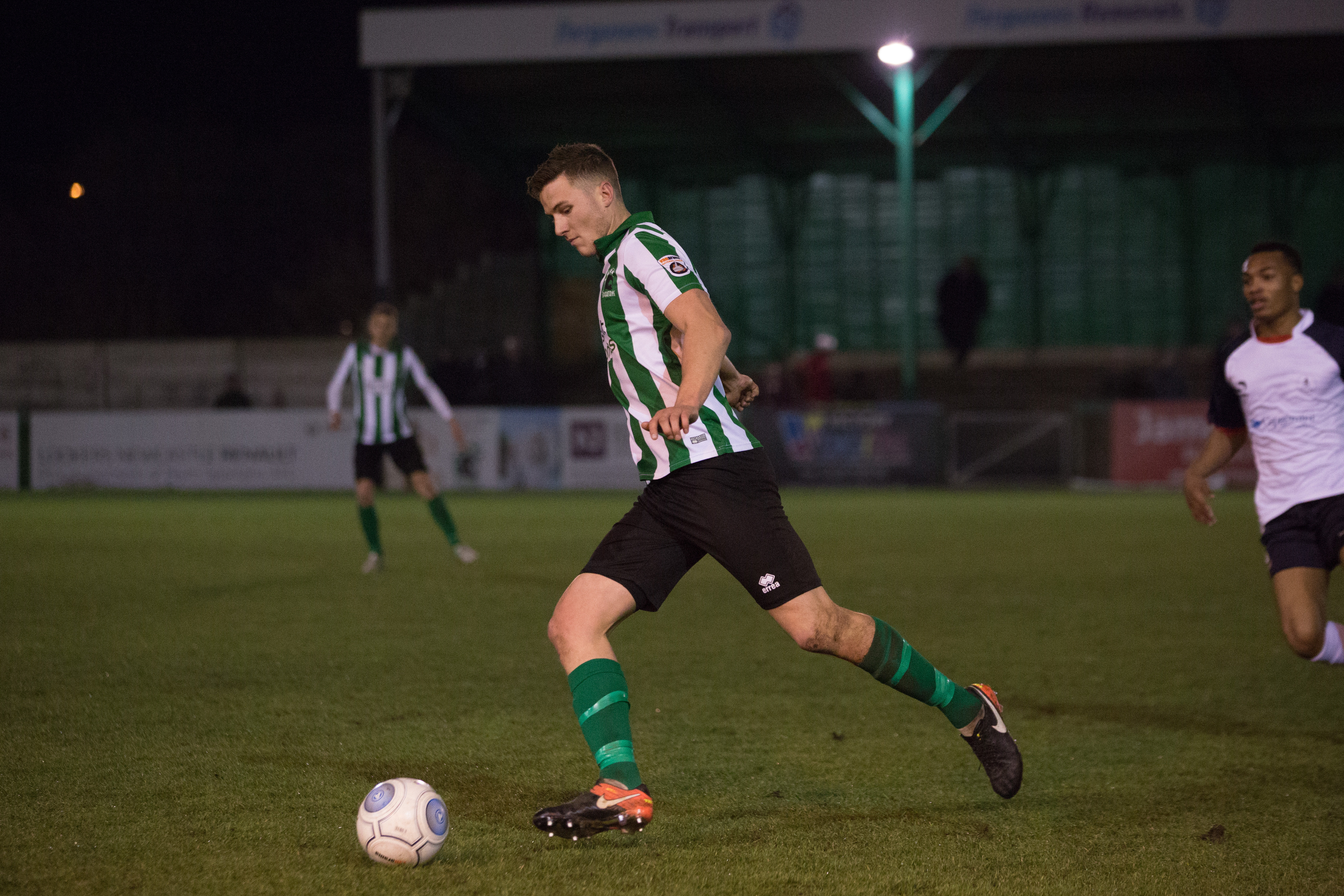 An injury-ravaged Blyth Spartans were twice pegged back by Spennymoor Town, before they were denied their first draw of the season with a last minute Moors header – as they lost 3-2 at Croft Park on Boxing Day.

Nathan Buddle’s bullet header gave Blyth the lead on 22 minutes, before former Blyth striker Glen Taylor put Town level 16 minutes later. Kieran Green made the most of some awful defending to put Blyth back ahead just before the break, but Mark Anderson gave Spenny a deserved equaliser on 73 minutes.

Spartans had to once again do without prolific duo Daniel Maguire and Dale Hopson, while Ryan Hutchinson and Damen Mullen were unable to shake off the injuries they picked up during Saturday’s 3-2 win at York City. Adam Wrightson’s fantastic performance in that game saw him return to the starting lineup, while Ian Watson took the place of Michael Liddle for the visit of his former club.

A long ball forward was nodded down by Robert Ramshaw on five minutes, straight into the path of an advancing Ryan Hall. The midfielder struck a first-time effort towards goal, but Buddle got his body in the way to block the ball behind.

Five minutes later, Mason was found in space in the area from a corner. The Spennymoor skipper rose well to meet the ball, but flashed his header well wide.

Former Spartan Taylor looked to score at Croft Park once again when he found himself in the box with the ball at his feet on 11 minutes.  His first shot was blocked by a diving Reid, who then got back to his feet to take the sting off Taylor’s rebound effort as well.

Taylor then went even closer just prior to the 15-minute mark, when he met Hall’s follow-up cross at the near post and struck a fantastic volley at goal. While he managed to better the Blyth back-line this time, he could only watch as his shot rattled the upright but stayed out.

The hosts hadn’t been at their best due to their enforced injury changes, but things looked to get worse for Alun Armstrong’s men when Greg Rutherford limped off on 19 minutes, with what looked like a hamstring injury. Liddle took his place, which prompted a bit of a reshuffle for the home side that saw Robert Dale take a more central position and the left-back slot in as a left winger.

Those changes might have had the Croft Park faithful fearing the worst, but they saw their side take the lead just three minutes later. Buddle towered up to meet Jarrett Rivers’ corner and power home a bullet header through a crowd of Town bodies.

Hall played another cross into Ramshaw on 24 minutes, which the forward touched back towards an oncoming Taylor. The ex-Ashington man did his best to score, but the ball bounced off the back of Reid and away from danger.

Wrightson scored a fantastic goal at York three days earlier and looked to get himself on the scoresheet once again just after the half-hour mark. However, the pacey winger had his shot blocked by the slide of Kallum Griffiths.

Dale fired a fierce free kick straight at Shane Bland, before Liddle was unable to keep his header on target soon after.

The home side would come to rue their missed chances, when Spennymoor finally managed to score on 38 minutes – albeit in fortunate circumstances.

David Foley’s blocked shot ran straight into the feet of Taylor, who finally managed to find the back of the net on what was becoming a frustrating afternoon for the forward. Peter Jameson got a hand to the strike, but it wasn’t enough to stop it from going in.

While Christmas Day had been and gone, Spennymoor still had time to give a belated gift to their hosts with one minute of the first half remaining.

Rivers did well to beat his man and play a cross in that looked to be easy to deal with for either Mason or Jamie Chandler, but the pair seemed intent to leave it for the other and let the ball slip between them both. Green took full advantage of their generosity – as he stopped the ball with one foot and calmly smashed home to send Spartans into the break with a 2-1 lead.

A rather subdued start to the second half saw it take eight minutes before either goalmouth was really troubled, but – when it was – the away side were agonisingly close to their second equaliser of the afternoon.

A ball into the back post was stabbed back across goal by Foley, towards a waiting Taylor. With the goal seemingly at his mercy, Taylor was denied by a fantastic sliding tackle by Green – as the on-loan Gateshead midfielder took the ball off his toes with a clever interception.

Last season’s Evo-Stik Northern Premier League playoff winners had another close chance on 58 minutes, when a dangerous free kick was cleared only as far as a waiting Ramshaw outside the area. His shot looped up via a deflection in the box and looked to be heading in, but Jameson reacted well to back-peddle and tip it over the bar.

Spartans pressured Spenny’s defence once more two minutes after the hour, when substitute David McTiernan – who had just come onto the field in place of Green – headed down into a blue body. The ball was hacked away to Wrightson just inside the box, but his shot was also blocked.

Blyth thought they’d pulled further ahead moments later, when Reid ghosted into the area to head River’s corner towards goal. Bland was rooted to the spot in the middle of his goal, but was relieved to see the ball sail just inches wide of the near post.

Makeshift centre-back Reid was man of the match at Bootham Crescent and he was setting the standard at both ends of the pitch again when his acrobatic clearance let him get in ahead of Taylor and thwart Town’s target man again.

A brilliant piece of trickery from Christopher Chantler at the edge of the Blyth box created an opening for Anderson on the left. The substitute placed his shot across Jameson and levelled up with a well-taken strike.

A clever ball over from Dale put Liddle in one-on-one with six minutes to go. The makeshift left winger struck it first time towards goal, but an outstanding reaction save from Bland diverted the ball behind.

Dale then beat his man on halfway and raced clear, before playing the ball across a tiring Curtis and into the feet of Rivers. The tricky winger looked certain to have a shot, but a fantastic sliding challenge by Chantler denied him the chance.

With the game in its final minute, Buddle poked a clearance straight at substitute Matthew Dixon. He was denied only by a breathtaking one-handed save from Jameson, to tip the ball around the post.

The Blyth stopper’s efforts were all in vain – as Spennymoor scored from the resulting corner. Mason was found in space at the near post and was able to find the bottom corner, to send the away dugout into delirium and Blyth crashing to defeat.

Spartans will look for revenge when they travel to Spennymoor on New Year’s Day, for a traditional 3pm start.