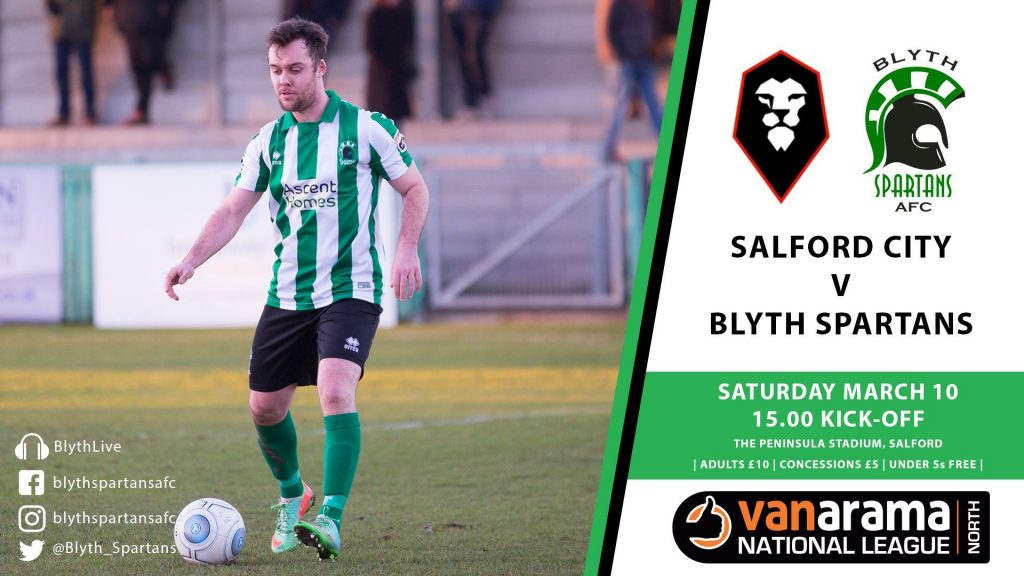 On Saturday, the Spartans travel to the league leaders Salford City in a crucial match for both sides.

Following the Southport postponement last weekend, Blyth have had a two week break after they saw their mini winning run come to a grinding halt against Leamington as Daniel Udoh scored the only goal of the game to seal the points for the Brakes. Sean Reid saw his penalty saved as Spartans were denied a share of the points.

Salford were in action in midweek and were fortunate to come away with a 2-1 victory over Tamworth. Aman Verma had headed Tamworth into the lead before Anthony Dudley fired the hosts level. The drama was saved until the final moments as the Salford ‘keeper Crocombe saved a penalty from Zach Kotwica. Salford responded and it was their leading scorer Jack Redshaw who grabbed the stoppage time winner.

Salford returned to the summit of the table on Tuesday evening but are 3 points ahead of Harrogate Town who have a game in hand. Blyth know that victory could close the gap on third placed Brackley Town to 3 points as well.