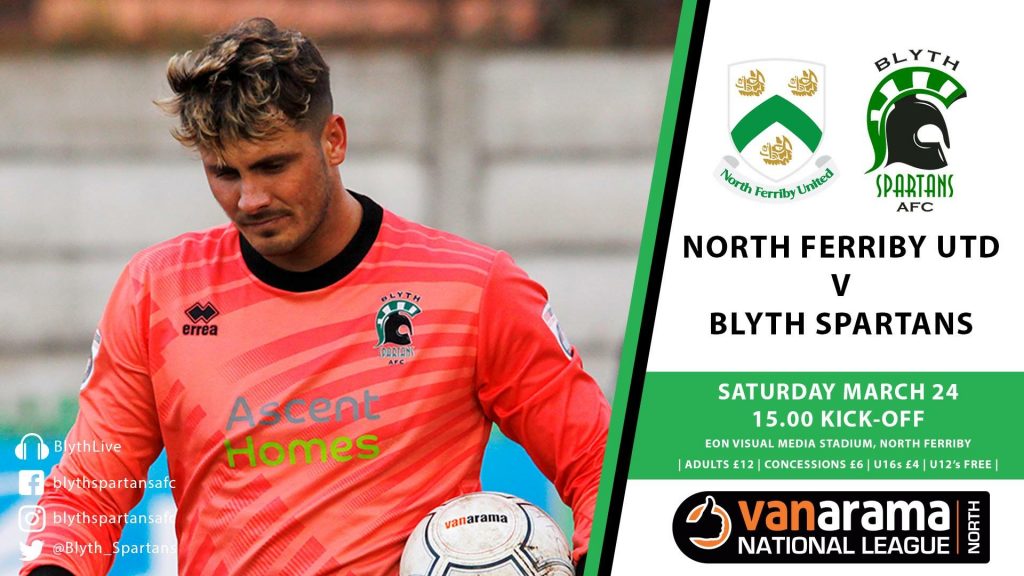 On Saturday, the Spartans make the trip to Humberside to take on recently relegated North Ferriby United.

It will be a month since Blyth were last in action as they lost at Leamington. Daniel Udoh scored the only goal of the game after being set up by Matt Dodd who had danced his way into position to assist Udoh. Sean Reid had the opportunity to level the scores but his spot kick well saved by the ‘keeper.

North Ferriby United were in action on Tuesday evening as Salford City claimed a point in their battle for promotion. Ibou Toure was sent off for the visitors before they took the lead against the run of play as Anthony Dudley scrambled the ball home. James Nicholls grabbed a deserved equaliser for the Villagers in the 86th minute.

A win for the Spartans would see them go back above York City and into 4th position. The result on Tuesday evening confirmed relegation for North Ferriby; however, the pressure is now off for the hosts and they may play with a lot more freedom.

Chris Bolder – Appointed in November 2017, Bolder is a former player and captain of North Ferriby who played over 300 games before moving on to Scarborough Athletic.

Alex Davidson – Into his 3rd spell with the club following his return in December 2017. An influential and prolific scorer in previous spells with the club averaging a goal every two games. He has also played at Guiseley and Bradford Park Avenue amongst others.