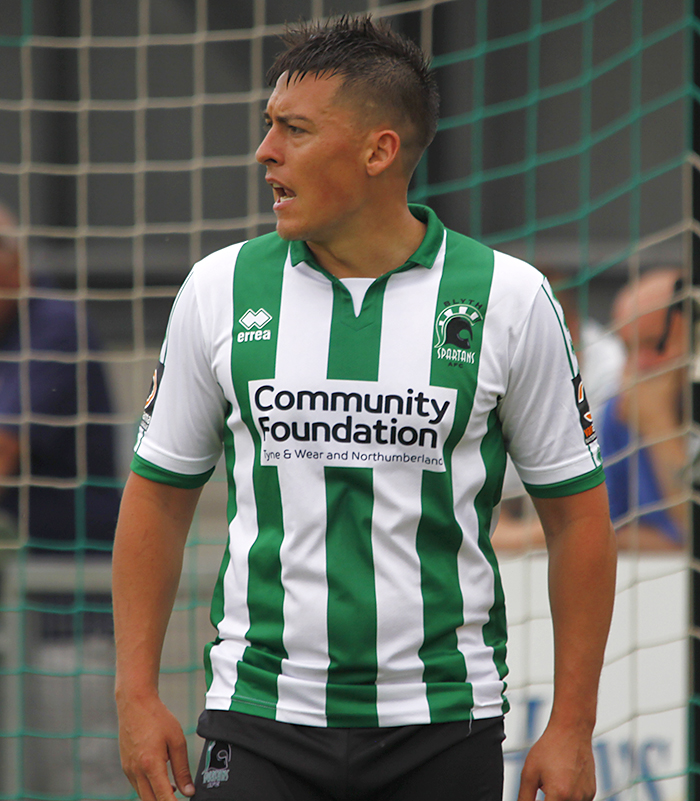 Second half braces from Scott Fenwick and Jake Orrell secured Blyth Spartans a comfortable 5-0 win over our reserves at Croft Park.

A trialist had given Spartans the lead in the first period before Lee Clark introduced a wrath of new faces in the second period, with free-flowing Spartans difficult to stop.

Young reserve goalkeepers Joe Clayton and Brad Skirpan both made some crucial saves in what turned into a training exercise for the first team – and vital experience for the reserves.

The first opportunity of the game fell in the 10th minute when the midfield trialist floated the ball over the back the line for the run of Dale Pearson who squandered a half volley – firing over the bar.

The aforementioned trialist almost opened the scoring a minute later when he dispossessed a reserve team defender high up the pitch – playing a one-two with Pearson before bobbling an effort wide.

Spartans began to up the ante – Jack Butler’s left-wing cross was headed goalward by Michael Sweet, only the full stretch dive of reserve team ‘keeper Joe Clayton denying the first XI the opener.

Spartans wouldn’t have to wait long for the opener, the resulting corner was met at the far post by Joe Robson who guided the ball back across goal for the centre-back trialist to guide the ball home from inside the six-yard box.

Butler continued to cause problems down the left for Blyth and went close to adding a second in the 26th minute. A mazy run passed three defenders afforded the former England Schoolboy a shot at goal, but he was denied by a reaction save from Clayton.

Clayton was called into action again in the 34th minute. Sweet broke the offside down the right flank and laid the ball on a plate for Pearson, but Clayton made a stunning close range save to divert the ball on to the post and away from danger.

15 seconds into the re-start and a much-changed Spartans made it 2-0. A free-flowing move down the right led to a calm finish from a substitute Jake Orrell from eight-yards out.

Five minutes Orrell converted again from a similar position; this time set up from the left flank as Robert Dale rolled the ball into his path from the byline.

The goals continued to flow in the second half as a substitute triallist whipped in a cross from the right and Scott Fenwick beat his man at the near post to volley past the ‘keeper.

Just after the hour-mark Blyth were denied by Bradley Skirpan. Rhys Evans found space on the left edge of the penalty area before hitting a low effort at goal, palmed wide by Skirpan.

The fifth goal of the evening came in the 64th minute from a scintillating Evans run down the left. He found Orrell who in turn found the run of a trialist who laid the ball off to an unmarked Fenwick who added his second.

It was almost six two minutes later when Scott Fenwick diverted a cross goalward – denied by the outstretched leg of Joe Sheppard who turned the ball off the post and out of the area.

With 77 minutes on clock Spartans went close again, Jake Orrell raced on to a trialist through ball but was met by the onrushing Skirpan who made a point blank save.