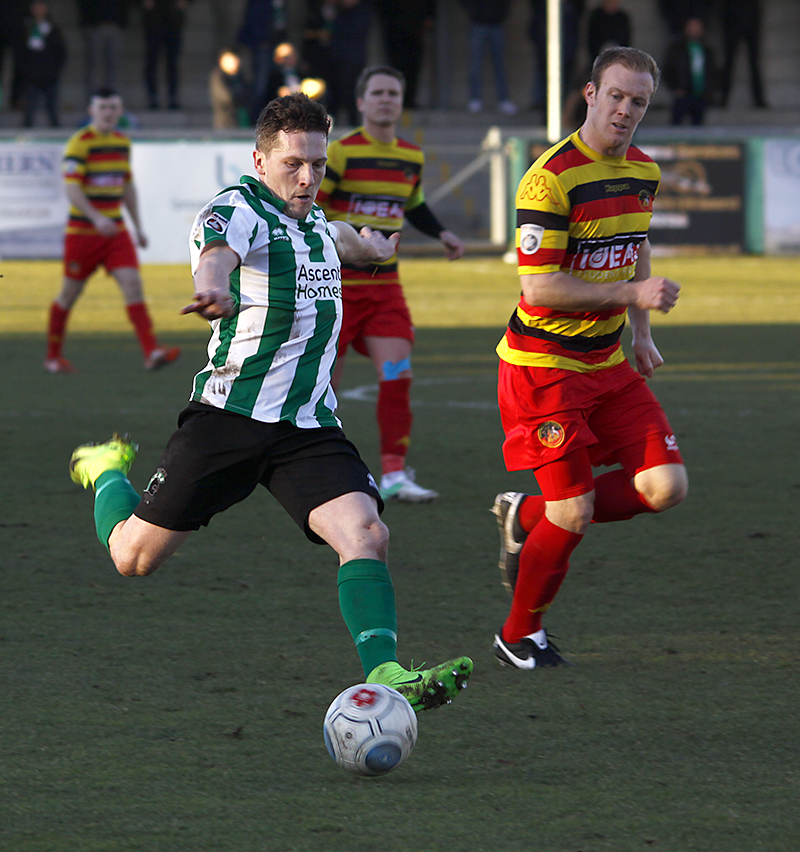 Blyth Spartans striker Dan Maguire has once again been selected to represent the England ‘C’ team to take on their Welsh counterparts later this month.

Maguire missed England ‘C’s trip to Slovenia earlier this season due to injury, but his fine form since returning to action has saw him called up for the game on Tuesday March 20.

The game will take place at Barry Town – with winger Jarrett Rivers in the contingency squad for the fixture.