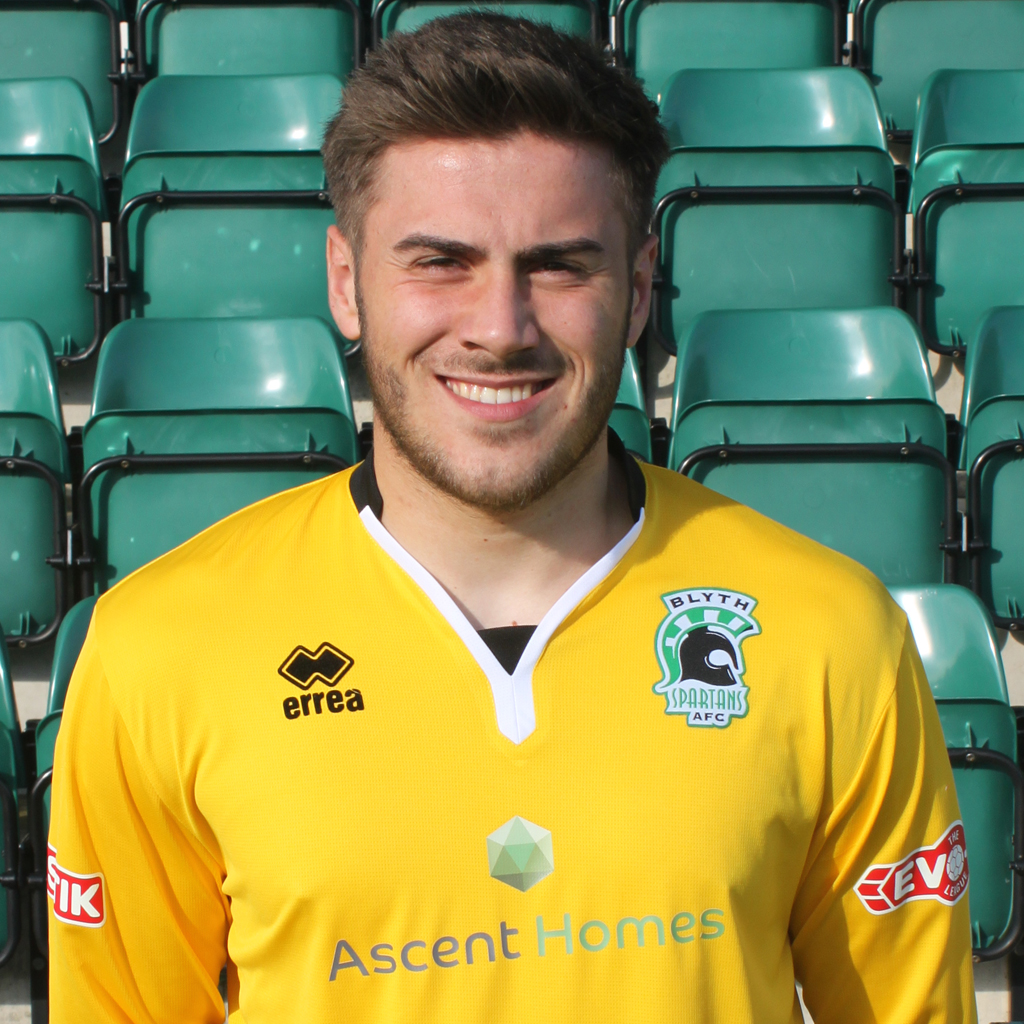 Blyth Spartans must announce the departure of goalkeeper Shaun MacDonald who has joined Vanarama National League South newcomers – and full-time outfit – Torquay United ahead of the 2018/19 season.

MacDonald, 21, initially joined Blyth Spartans during the 2016/17 Evo-Stik Northern Premier League winning campaign on a short-term loan from Gateshead – but failed to make an appearance before being recalled to the International Stadium.

The shot-stopper joined permanently last summer to compete for the No.1 jersey – starting the season with the shirt in a 2-0 away defeat at the hands of Alfreton Town – a game in which the ‘keeper made some outstanding saves. Shaun made six appearances for the club, keeping two clean sheets.

“Chances have been few and far between for Shaun, but I’d like to thank him for his efforts last season. He’s a very talented ‘keeper and didn’t get the chance to show the Spartans’ faithful his talents.” commented Alun Armstrong on the former Gateshead man’s departure.

“We didn’t want to lose him but he’s got the opportunity to play full-time football with Torquay United, and moving out of the area. I wish him all the best in the future.”

“We’ll be looking to add another goalkeeper in the coming days to battle it out with Peter Jameson.”