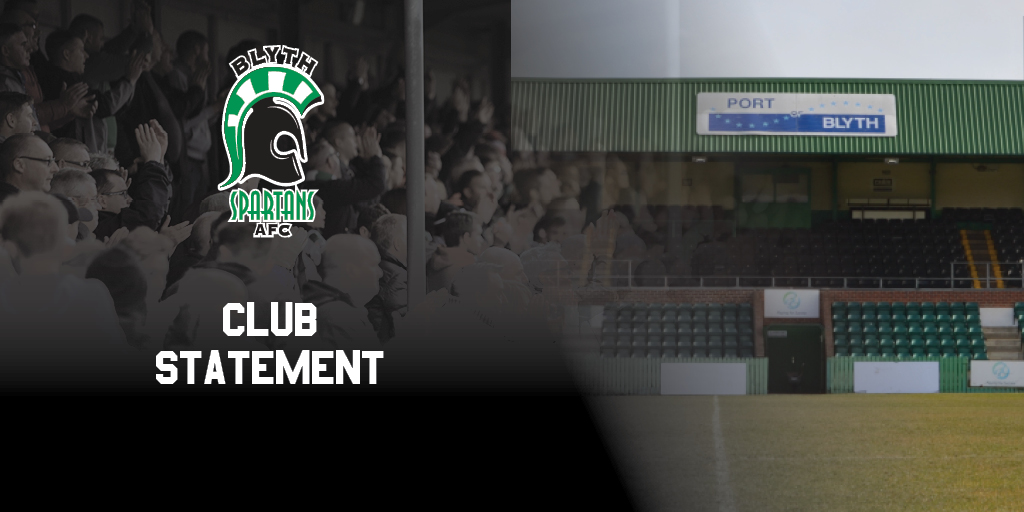 The Blyth Spartans executive committee have issued the following statement:

The last few weeks have been testing times for the club and at the time of writing, we are unable to go into the full detail due to legal processes. This is the prime reason for our inability to give regular updates. We will disclose the full facts when we are free to do so.

We understand that the lack of communication is frustrating for fans, and in particular, we understand the frustration relating to a number of player departures over recent days.

This has led to rumours and half-truths on social media platforms. We can address some, but not all of these matters, in this statement.

The club is not in financial trouble, a budget has been set for the 2019/20 season.

The budget runs within our sustainable business model to ensure that this club exists on into the future. The chairman is still invested in the club.

The Executive Committee always endeavours to maximise on external investment and we have been working hard through this testing time to secure income and we will have an announcement in the next seven days.

As a part of the continued development of the club, we have entered a new partnership with Tyne Metropolitan College to enter a U19 team into the National League Youth Alliance as part of the process of creating a junior pathway to improve the club at a community level.

With regards to the vacant managerial post, we have received a number of applications for the role and the process to appoint a new first team manager is progressing. You will understand that this process has to be conducted confidentially and that an appointment will be made as soon as possible.

At this stage, the executive committee is focusing on appointing a new manager and securing additional investment to allow the club to continue on its success over recent seasons.

Once a manager is appointed, we will work with him to build a squad capable of competing in the National League North.