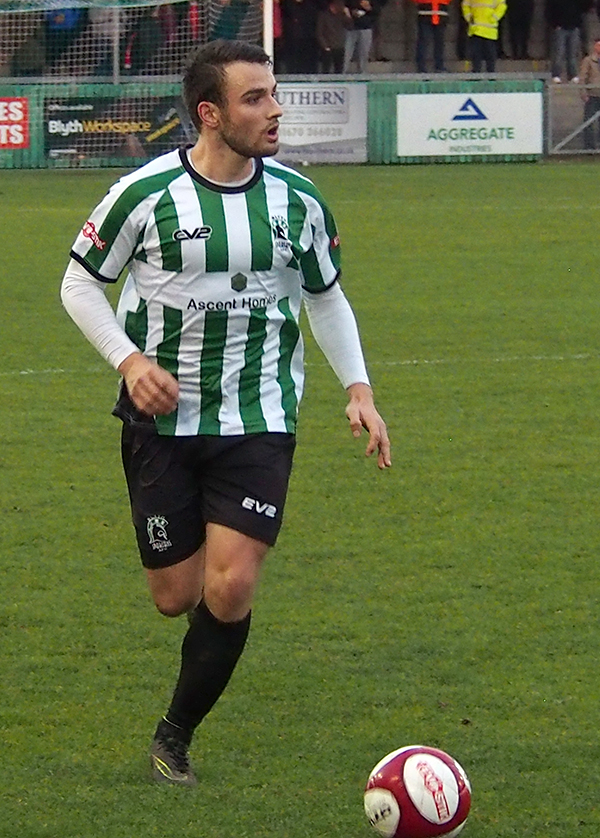 The 23-year-old originally arrived at Croft Park in December and had only had his loan spell extended earlier this month, but will remain at the club indefinitely – after Alun Armstrong was able to agree a deal with the former Middlesbrough youngster.

Atkinson – who made 37 appearances for Carlisle during his two-year stay with the League Two side – is expected to finalise paperwork on Friday, so should be available for Saturday’s trip to Mickleover Sports.

And the right-back’s addition to the Spartans’ squad has delighted Blyth boss Armstrong.

Armstrong said: “David is a proper defender, so I’m chuffed to have him join the club permanently. It’s a great signing for us.

“His first couple of games here were just to get him bedded in, but now he’s really starting to step it up a gear and show exactly what he’s capable of.

“He’s also deceptively quick, which I don’t think people realise. He’s one of the quickest in the squad.”

Despite agreeing to leave a Football League club in order to join the Evo-Stik Premier League leaders, the 41-year-old has backed Atkinson to give himself every opportunity of making his way back up the leagues.

Armstrong added: “He wants to play at a higher level, but doesn’t everyone?

“Hopefully, he performs well and helps us do a job for the rest of the season. Then, if he plays as well as I know he can, I’m sure he’ll have plenty of offers from further up the pyramid.”