Multiple 2016/17 Player of the Year award winner Daniel Maguire has chosen to remain as a Blyth Spartans player – after turning down a big-money move to re-sign for the club on a two-year deal.

After an outstanding season for both himself and the club, the England C striker – whose goals helped Blyth to claim both the Evo-Stik Premier League title and Techflow Group Northumberland Senior Cup – was offered a lucrative deal to move to Vanarama National League Premier side Gateshead last week.

However, ‘Nipa’ has decided to turn down former FC Halifax Town boss Neil Aspin for a second time and remain at Croft Park for another two seasons, in order to lead the line for Spartans’ return to the Vanarama National League North next year.

Spartans boss Alun Armstrong struggled to hide his joy at Maguire’s re-signing – after having already seen one of his strikers, son Luke Armstrong, cherry-picked by Championship-bound Middlesbrough before the end of last season.

The 42-year-old revealed: “As soon as I signed my contract, the main thing for me was getting ‘Nipa’ sorted. We had to make sure he stayed.

“That’s no disrespect to any of the other lads, but we’d already lost Luke to Middlesbrough. It’s hard enough to lose one of them, but trying to replace both of them – and the 60-odd goals they scored between them last season – would have been tough.

“So, I was chuffed to bits when I got the phone call off him to say that he’s going to stay for another season. We’ll see where we go from there but, if he does what he did last year, I wouldn’t expect to hold on to him for much longer, to be honest – as I know for a fact that the bigger clubs will come sniffing again, without a doubt.” 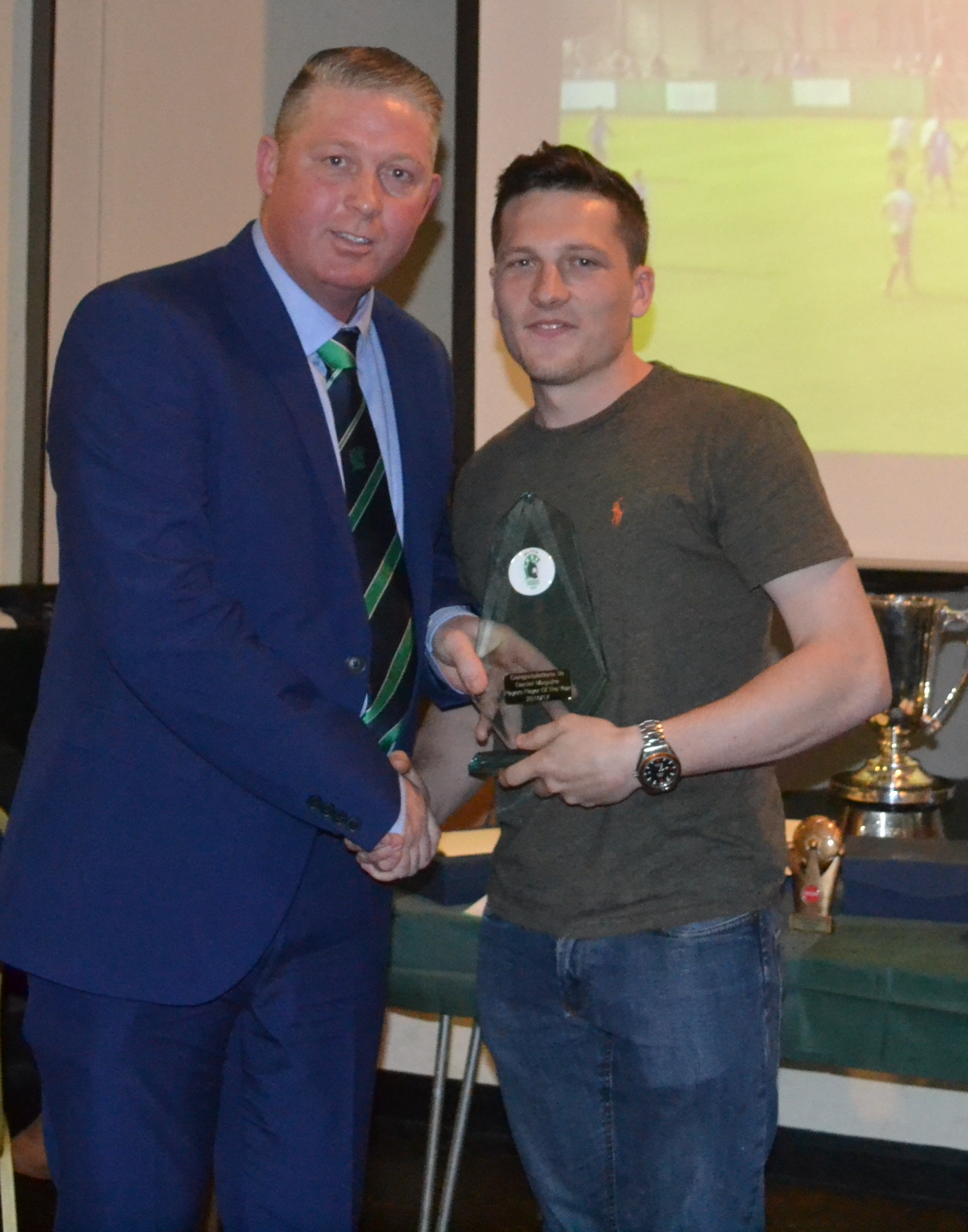 Armstrong also believes that the fact that Maguire has made his choice based on football and not money is quite refreshing in modern football and should be applauded.

He added: “It shows exactly what sort of lad ‘Nipa’ is. For me, it’s not about the money for him; it’s the football.

“I’ve spoke to a few people to try and play alongside him, but a lot of it comes down to money with them. That’s not ‘Nipa’ at all – as he’s just bothered about enjoying his football.

“We have a great group at Blyth and he’s known the lads for a long time. Everyone knows how he plays and they know he’s a nightmare in training sometimes, but we need to build a team around him because he’s one of a kind and players like him don’t come around too often.”

In addition to Gateshead, Maguire also attracted the interest of a number of other North East Non-League clubs, but vice-chairman Kevin Scott revealed just how happy Spartans are that their prolific striker chose to stay at the club.

Scott added: “It goes without saying that we’re delighted that Daniel Maguire has also agreed terms to stay at the club.

“After all of his awards last season, we were aware that several clubs showed interested in signing ‘Nipa’.

“He’s decided to stay at Blyth though and I am sure the confirmation that Alun has agreed a new contract was an important factor in his decision to also put pen to paper, so it’s fair to say that it’s been a good week for the club!”

BSAFCTV – the club’s YouTube channel – will catch up with Maguire in the next week or two to discuss his decision to stay at Blyth.