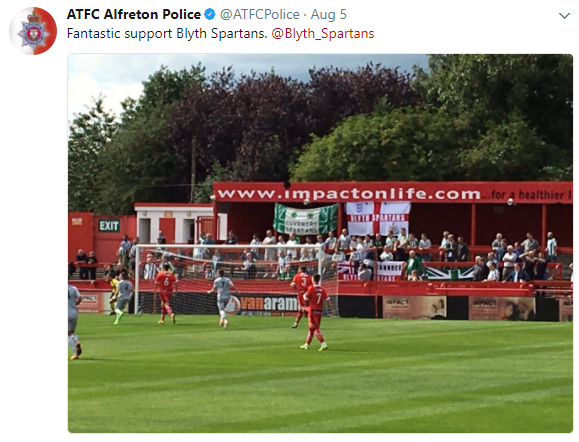 Blyth Spartans would like to thank all those who made the trip to Alfreton Town on Saturday afternoon, in the club’s first game back in the Vanarama National League North.

Despite the result, supporters from the North East – as well as fan groups from Cannock Spartans and Coventry Spartans – created a fantastic atmosphere that was noted by the local constabulary.

Our next away trip takes place on Tuesday August 15, when we travel to Gainsborough Trinity.