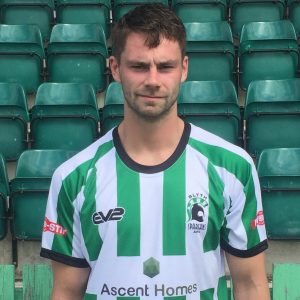 Matthew Wade has signed for Newcastle Benfield on a 28-day loan – as the Blyth Spartans midfielder looks to regain match fitness.

Wade has found his first-team opportunities at Croft Park limited since returning from a month’s break to Australia over the Christmas period, so it is hoped that the 25-year-old can return to full fitness during a four-week spell with the Northern League side.

Wade’s father – and former Spartans manager – Tom enjoyed a successful spell as Benfield boss before joining the club and it is hoped that his son can be just as successful during his time at Sam Smith’s Park.

Blyth manager Alun Armstrong commented: “Unfortunately, due to work commitments, Matty’s only been able to train with us three times since he came back from Australia. He needs games to get back up to speed, which we’re hoping he’ll get at Benfield over the next few weeks.”