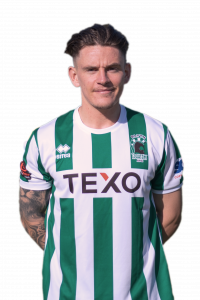 The 23-year-old was involved at both Sunderland and Scunthorpe Utd academies as a junior and went on to represent England Schoolboys U18. He then won a rare full USA soccer scholarship, where he received a number of both personal and team accolades. On his return, Barlow joined Blyth in February 2022 and became a key part of the side, making 11 appearances and scoring one goal during the season run in.