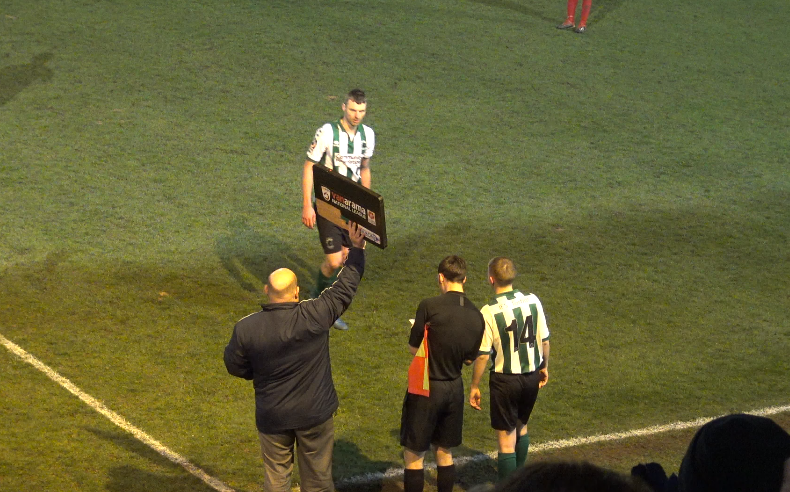 The keen eyed at Croft Park yesterday evening would have noticed a familiar surname on the teamsheet.

16-year-old Rhys Armstrong, son of manager Alun and brother of former Spartan Luke, was named on the bench in the 4-1 win over Nuneaton Borough.

Armstrong junior made his debut when he replaced club legend Robert Dale in the final few minutes of the encounter, and Armstrong senior was delighted for him:

“He’s very talented and due to the size of our squad – players unavailable and the injuries we had – I had to put him on the bench.

“He’s been training with us for the last three months and has done really well. I would have put him on sooner but he was very nervous – but to be honest, I’m probably more nervous.”

The attacker made his Spartans debut at 16 years and 65 days old, making him one of the youngest first-team players in the club’s history.