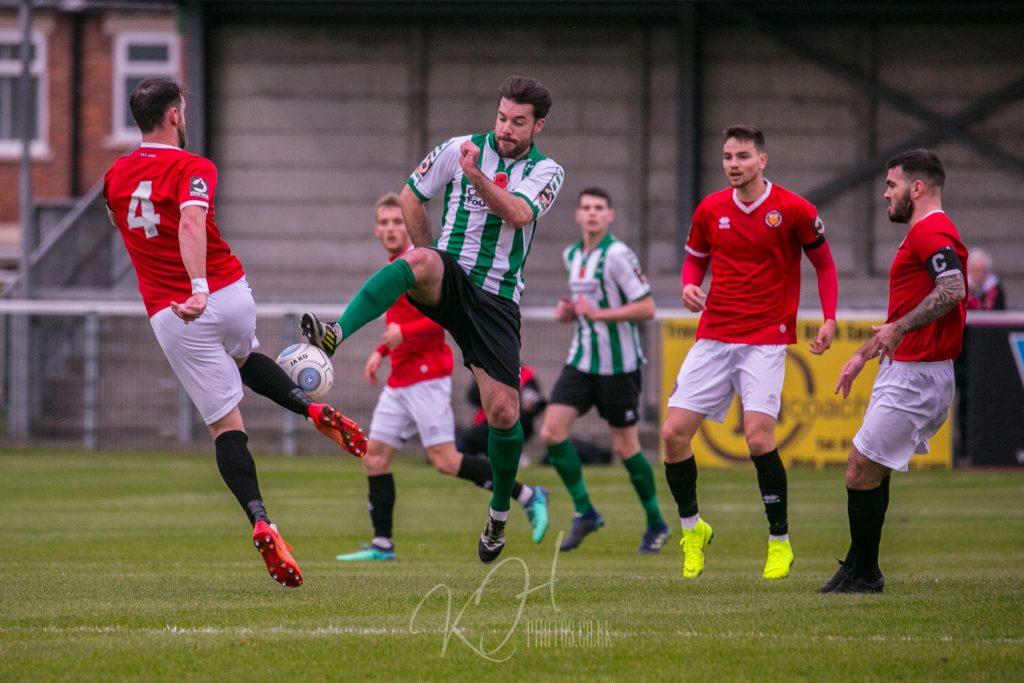 Blyth Spartans captain Damen Mullen praised his side after they overcame high-flying Chorley 4-2 at Victory Park.

Spartans took a two-goal lead thanks to Sean Reid and Dan Maguire, but the hosts pegged back Spartans with goals either side of the interval.

Substitute Jamie Holmes then took centre stage with a second half brace to make it seven wins in a row for Blyth.

“It was a fantastic performance,” said Mullen, “from one to eleven, and the subs, we deserved our win.”

The midfielder, who made is 200th appearance in last Saturday’s FA Trophy win over Lancaster City, understood how difficult a result this was to earn:

“They were probably the better side in the first half, but we ground out a performance and got a 2-0 lead, a lead we thought we’d have going into the break.

“Despite the setback before half time, we were fantastic second half.

“There was a few choice words with the lads at half time because everyone was so frustrated that we conceded he goal just before the interval.

“But that probably spurred the lads on and got us going.”

The second half saw Alun Armstrong introduce Holmes and Jarrett Rivers off the bench, and the substitutes combined to restore Spartans two goal advantage.

“The depth we have got know is brilliant,” commented Mullen, “The run Jarrett went on to create the fourth goal, as well as Holmesy bagging a brace show are strength in depth.

“All the lads today were fantastic. We have that good of a squad whoever comes in you know they are going to do a job for the team.”

“We’ve won seven in a row, what more could you ask for?”