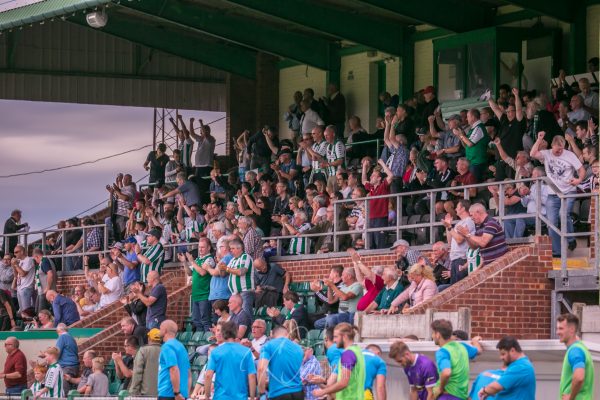 Blyth Spartans are eager to add to their media team after more members earned full-time employment in the journalism field.

Senior Press Officer Jordan Cronin has this year taken on a full-time role with JPI Media after cutting his teeth as part of the Blyth Spartans staff whilst Videographer Alex Fawcett has earned full-time employment as a Multi-Skilled Operator for RaceTech. Connor Bromley who briefly starred on Blyth Live last season has also earned a job with Sunderland AFC.

“Blyth Spartans has been a breeding ground for sports media professionals over the last six or seven years, with an unrivalled number of our volunteers using the experience they have earned here to gain employment in the field.

“All of the above, and many more, put countless hours of volunteer time into this club which we are ever grateful for and have been rewarded for their excellent service.”

With the 18/19 season coming to a close, and the 19/20 campaign on the horizon, Spartans are looking for committed individuals to join their media team in the following roles:

Although the roles are voluntary, the club will pay expenses, and any sponsorship brought in by the media team will contribute to the media fund at the club. If you are interested in any of the roles available please contact Media Manager Stuart Dick via email, stuart@sdjournalism.co.uk