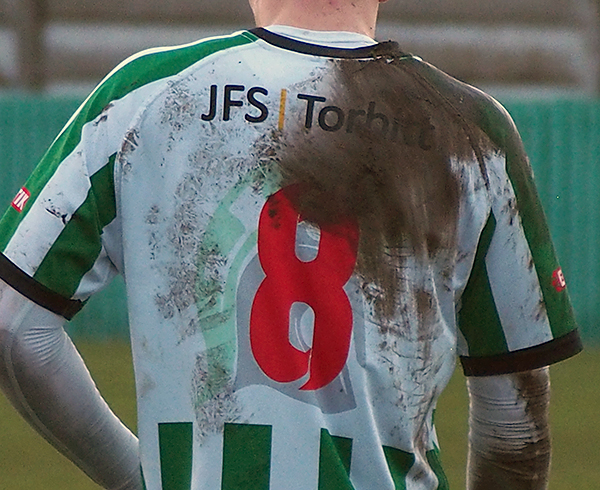 Spartans saw off club legend Stephen Turnbull in style with their eighth consecutive win of the year, thanks to a 2-0 triumph over Warrington Town on Tuesday night.

Turnbull – who was named as captain for his final game in a green and white shirt – might have worried that his fond farewell wouldn’t go quite as he planned, after an even first 45 side saw the two sides go in level.

However, Luke Armstrong reacted quickest to Jarrett Rivers’ blocked shot to fire the ball past Tony McMillan on 69 minutes. A simple tap in for Daniel Maguire then doubled Spartans lead with just 11 minutes to go, to see Turnbull take to the seas on Friday with Blyth cruising along with a ten-point lead at the top of the Evo-Stik Premier League.

Alun Armstrong’s men will look to keep up their exceptional start to 2017 when they welcome Hednesford Town to Croft Park on Saturday afternoon.