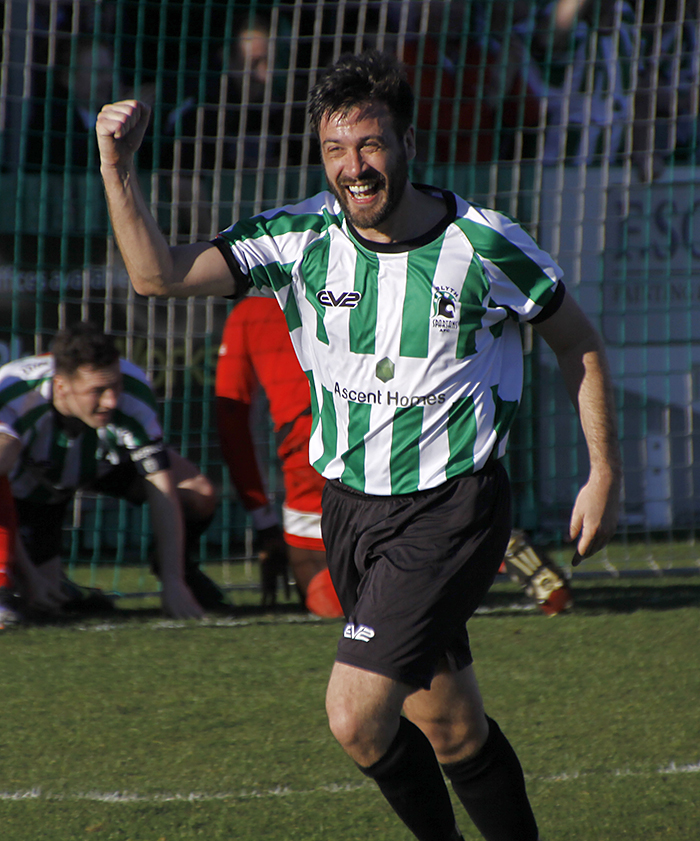 David McTiernan stole the show, as his hat-trick ensured an impressive victory over a Sunderland XI at Croft Park.

In a frantic eight-minute period in the second half, the midfielder turned a one-goal deficit into a two-goal lead with a clinical display of finishing.

Heading home on 58 and 62 minutes, he provided clear daylight between the two teams with a routine third goal to send the Blyth faithful home happy – as their side began to take shape for the season ahead.

In a free-scoring contest, Rees Greenwood and Elliott Embleton notched pre-season goals for the visitors.

Blyth had two trialists in their starting XI – including the goalkeeper – as they continued to fine tune their line up and formation, ahead of the season opener against Alfreton Town.

It was they who made the livelier start to the game, held on a barmy evening in Northumberland, with a quick tempo from the off.

Daniel Maguire was a constant threat, trying to get in behind the Sunderland defence, and he so nearly opened the scoring just two minutes in. The striker took down a lofted ball over the top in his stride and raced into the area. But, after committing the keeper with a neat turn, he ran out of time and space with his shot blocked away to safety.

Although finding it difficult to get a foothold in the game, the visiting Black Cats had their first sight of goal two minutes later. After gaining a free-kick on the left side of the area, Embleton curled an in-swinging effort on to the roof of the net.

The game settled into more of a rhythm after that with the hosts probing down the flanks and looking for the space in behind. But it was Sunderland who went close to opening the scoring on 22 minutes when Greenwood picked up on a loose ball in the area and fired a shot – from a tight angle and on the stretch – straight at the sprawling frame of Spartans’ trialist stopper.

It was a moment of panic for Blyth, as they went in search of the opening goal which could have arrived on 30 minutes after Robert Dale danced his way into the area on the left hand side. He fired across goal but found the outstretched hand of Sunderland stopper Michael Woud. As the ball ballooned up in the air, Maguire nodded goalwards but that was cleared off the line before Sean Reid had another crack. However, his header was pushed clear by Woud as the home side threatened.

Despite their relative dominance, Blyth fell behind two minutes later. After losing possession in the middle of the park, the hosts were left exposed at the back. Greenwood was played into the area and with time and space he was able to roll the ball into the bottom corner, across the keeper, and give the visitors the lead against the run of play.

The hosts steadied themselves and remained on the front foot, but McTiernan’s header from 10 yards was straight at Woud following a pin-point Jarrett Rivers free-kick from the right.

It was more of the same in the opening moments of the second period, as the Spartans went forward with little reward for their efforts, only Dale’s long range grass cutter forcing Woud into action on 56 minutes.

But they would make the breakthrough soon after, Ian Watson sending a delightful ball in from the left which found McTiernan free at the back post to head home and earn his side a deserved equaliser.

One turned into two on 62 minutes as the hosts turned the game around in lightning quick time. A floated corner in from the right found Nathan Buddle’s head. He sent it goalwards for McTiernan to flick on and despite his first effort striking the bar, the midfielder nodded in at the second attempt to double his tally and that of the Spartans.

The visitors were clearly rattled and fell further behind in the 66th minute as McTiernan, by now rampant, completed his hat-trick. The central midfielder found himself with acres of space in the area, following a low cross from the left by substitute Michael Liddle, to slot underneath the keeper from 10 yards.

The scoring wasn’t finished there though, with Sunderland rekindling hopes of a comeback on 75 minutes, courtesy of Embleton’s spot-kick, after Andrew Nelson had done well at the byline to draw the challenge of the second half trialist keeper.

Those hopes of a draw so nearly materialised four minutes later when Greenwood jinked his way infield. But his shot from the edge of the area was superbly stopped low down by the Blyth keeper. Sunderland threatened again in the final 10 minutes, with Embleton curling just wide on the counter before Greenwood fizzed a fierce effort straight at Blyth’s custodian as the home side claimed a deserved first win of pre-season.